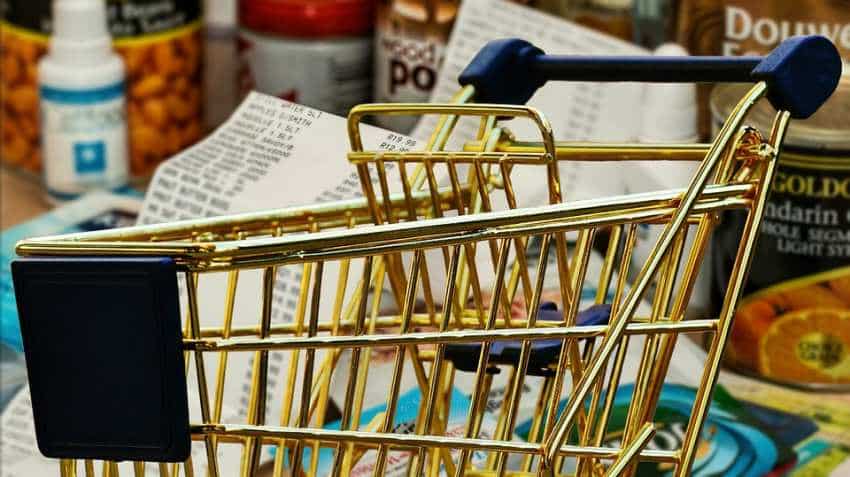 From the mid-September last year, there has been a drastic correction in FMCG stocks. Photo: Pixabay

Firstly, talking about Q4FY19 tepid sales, Aditya Soman  and Aditya Gupta analysts at Goldman Sachs said, “4QFY19 saw a slowdown in domestic revenue growth across our entire India consumer coverage, with each of the 17 companies seeing sales growth decelerate (yoy) vs. 3QFY19. This is the first quarter in 10 years that has seen every company in our coverage witness domestic revenue growth decelerate. Managements attributed the deceleration in demand to slower rural income growth, disruption due to general elections, liquidity constraints for the channel and a tougher base for GST-led market share gains for organized players.”

What lies ahead for FMCG business and which stocks you should eye?

According to the duo, FY20 has started off on a weaker footing than any year in the recent past with a tepid outlook for near-term consumption. Adding they said, “ We expect the trend to continue for at least the next two quarters as benefits of any government measures to revive rural demand will take time to reflect in demand, and we expect a growth in sales recovery from 4QFY20E partly driven by softer comps.”

On stocks, the duo has run a bear-case scenario, where we assume FY20 growth will continue on the trends seen in 4QFY19 and growth in FY21/FY22 will be similar to the lackluster growth seen in FY15-18. Under this scenario, on average, the analysts see our FY20/FY21 EPS being cut by 3%/6% and our valuation having further downside of 13%.

That said,FMCG sectors growth to revive by end of FY20. In these midst, which stocks you should buy let’s find out, as per Goldman Sachs analysts.

Reiterate Buy and AVEU to the Conviction List given that it offers the highest upside of 34% within our coverage compared to 1% average downside. AVEU continues to offer the lowest consumer prices compared to competitors and this is its key moat which allows it to drive volume growth at its stores.

AVEU’s lean cost of operations which is the biggest driver of its ability to offer lower prices. While industry discounting has increased over the last year, the analysts believe the AVEU being the lowest cost operator will be able to withstand competition and still remain profitable.

At its current valuation, the stock is pricing in AVEU opens only 100 new stores by FY24E (20 each year compared to 21 in FY19) which is below Goldman’s forecast of 150.

The duo said, “While we admit AVEU has disappointed on new store adds in FY19, a look at the balance-sheet suggests they have been busy acquiring land to build out new stores.”

They added, “ We believe investors under-estimate AVEU’s potential to drive footfalls at stores through a combination of wider merchandise, more efficient check-outs and continued focus on maintaining the lowest prices. AVEU saw lower gross margin from 2QFY19 as management passed on margin benefit to consumers.”

“ We believe this initial underperformance was a function of cigarette volume declines following very sharp tax increases. Despite an improvement in cigarette volume growth in FY19, ITC’s quarterly earnings were below our and Bloomberg consensus expectations as EBIT margins contracted on tobacco cost inflation. We forecast a moderate increase in taxes will allow ITC to take pricing and support an acceleration in cigarette EBIT growth. In this scenario we expect flat/declining volume growth,” said the duo.

ITC is also trading at a 4% discount to its own 10-year history, a discount for the first time in more than two years. While ITC trades at a premium to the global tobacco universe, the premium is close to the 10-year average premium.

While the category remains well penetrated, the duo believes that  investors under-appreciate COLG’s ability to drive increased consumption and premiumization, with its focus on low price point packs and a wide price ladder. They have forecast acceleration in sales growth to 10.4% from 6.7% in FY19.

In Goldman Sachs analysts view, the discount factors in continued erosion of market share for COLG and higher risk to its business model (given it is a single relatively well penetrated category company), both of which we feel are unjustified. While we expect the market share erosion to reverse, we believe BRIT continues to remain dominant in its category with significant pricing power. Additionally while toothpaste penetration is relatively high, there is still significant room to drive higher consumption, new categories (mouthwash, etc.) and premiumization in oral care.

New product contribution to rise to 8-9% in FY20 from about 4% in FY19, driven by new launches across biscuits, other baked products and dairy. The analysts added, “We expect rising new product contribution to be gross margin accretive, especially as BRIT launches premium variants in affordable packs. We believe investors are under-estimating BRIT’s ability to see margin improvement driven by new product launches.”

The analyst said, “we believe the stock offers an attractive entry point into a long term growth story where we believe PAGE can drive 15% sales growth over a 10-year time period given its: (1) affordable price points offerings in relatively under-penetrated categories of branded innerwear and athleisure, (2) opportunity to drive sales growth through further distribution expansion through its Exclusive Business Outlets.”

Expect PAGE to maintain a 20% CAGR (FY19-24E) driven by new launches in both the casual and performance wear categories.

Expect Pantaloons to deliver a 13% sales CAGR in FY19-24E, including a 4% CAGR in sales/sqft and the remainder through retail expansion. The analyst said, “ We believe Pantaloons can deliver 4% sales/sqft CAGR with a normalizing competitive scenario and with increased focus on the product assortment.”

Further the analysts  remain positive on ADIA’s strategy on leveraging its brand portfolio to cater to the smaller cities through entry-level brands like Peter England and into newer categories (like occasion based, kids-wear, women’s formal wear) through the other three brands (Louis Philippe, Van Heusen, Allen Solly). Within the channels for Lifestyle brands, we estimate the online and LFS channel to grow the fastest at an 18.5% CAGR (F19-24E) ,the retail channel at 13% and the wholesale channel at 8.5%.

12-month target price, which is unchanged at Rs238.

Bull vs Bear: Should you invest in SBI Card stock? Zee Business analysis suggests this!

What should investors do with Zomato? Brokerages cut target price post Q3 results