Hot Stock Alert! Maruti Suzuki shares seen rising by over Rs 1,000 - why you should buy

Maruti Suzuki has planned to discontinue the 1.3 liter diesel engine due to very high cost inflation for BS6 compliance. 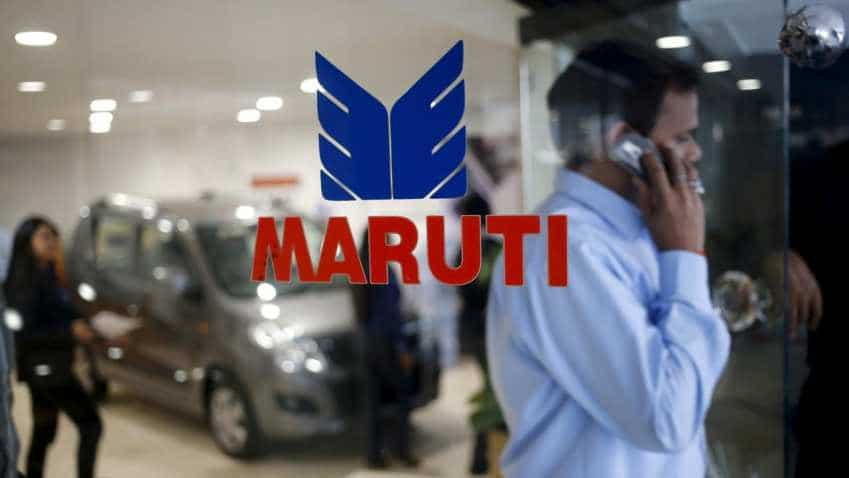 Maruti Suzuki has made a host of launches and announced expansions in its business. Photo: Reuters
Written By: ZeeBiz WebTeam
Edited By: Harish Dugh
RELATED NEWS

Over the last few days, one of the largest automakers in India, Maruti Suzuki has made a host of launches and announced expansions in its business. However, this has failed, so far, to cheer investors in the company's share as they continue to have a selling bias. On Tuesday, Maruti gave away its Rs 6,000-mark, and touched an intraday low of Rs 5856 per piece down by massive Rs 245.20 or 4.02% at around 1440 hours on Sensex. Even a few major business developments like expanding True Value to 250 outlets in two years, bookings opening for its premium MPV, the XL6 at NEXA showrooms and making  Ertiga a BSVI compliant car have been announced in last 5 days. However, it would be the production cut which worries investors at the moment.

Last week, Maruti announced that, in July 2019, production was to the tune of 133,265 vehicles which was down by 25.15% compared to production of 178,533 units made in the same month of previous year. This is the sixth time in a row that Maruti is cutting production.

Hence, should you buy?

Jinesh Gandhi and Aanshul Agarawal, Research Analysts at Motilal Oswal said, "FY20 is expected to be an unpredictable year due to three major regulations – the mandatory ABS, second phase of safety regulations and BS6 implementation."

Maruti has planned to discontinue the 1.3 liter diesel engine due to very high cost inflation for BS6 compliance. It recently introduced a new 1.5 liter diesel engine, which is upgradeable to BS6. It expects the increased sale of petrol and CNG vehicles to more than compensate for the discontinuance of diesel vehicles.

The duo pointed out that, the company  sees normalcy returning in FY21 with expectations of MSIL garnering its
usual growth rate. It continues to build sales and service infrastructure (particularly in rural areas), as well as production capacity for the future.

They added, "MSIL has already started supplying cars to Toyota India and selling through the latter’s network, a move that is bringing in additional volumes for MSIL. This arrangement should bring in incremental volumes and help maximize volume per model/platform. Also, MSIL will benefit from the production capacity of Toyota India in the future."

Besides working on an EV for launch in 2020, the duo said, "it is also working at more practical solutions to promote clean fuels like CNG and hybrids. It expects 50% growth in CNG vehicles in FY20 (on back of 40% growth in FY19)."

Following all the above, the duo added, "Valuations at 25.4x/20.1x FY20/FY21E consol. EPS are on downcycle earnings, where EPS CAGR is estimated at just ~4% over FY17-21. While near-term demand headwinds persist, MSIL is best placed in the entire OEM space to tackle them, particularly with regards to BS6 transition due to limited price inflation in ~80% of its portfolio. MSIL is likely to recover the fastest once current headwinds recede due to its strong product portfolio, increased localization, reducing FX exposure and capex-light business. Maintain Buy with TP of ~INR6,950 (~23x Jun’21 consol. EPS, which is at ~15% premium to 10-year average P/E)."