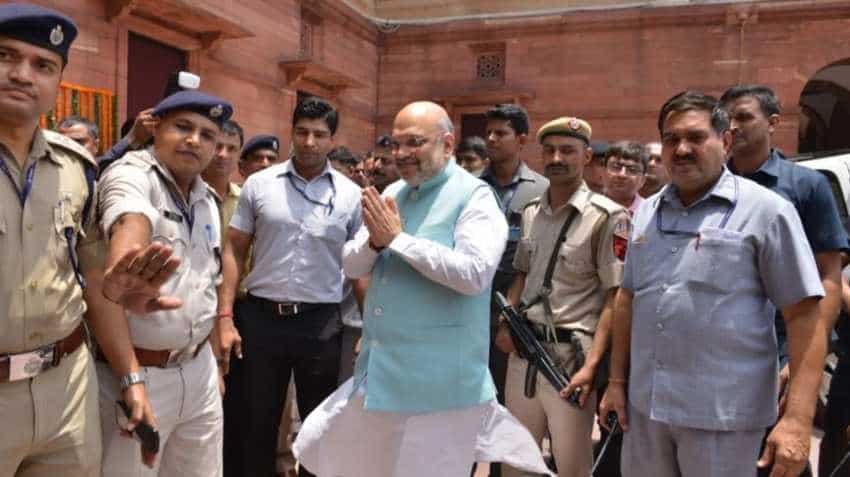 BJP President Amit Shah Saturday took charge as the Union Home Minister, two days after he was sworn-in following a landslide victory of the saffron party-led NDA. Shah was received at the North Block office of the home ministry by Union Home Secretary Rajiv Gauba and other senior officials. On his Day 1 as the home minister of India, Shah is also holding a meeting with the officials to familiarise with the issues concerning the ministry, an official said. Two newly appointed Ministers of state for home - G K Reddy and Nityananda Rai - also took charge Saturday. PTI quoted a home ministry official as saying that Shah is expected to prioritise the NDA government's policy of zero tolerance towards terrorism and checking illegal immigration.

After assuming the charge, Shah tweeted, "Country's security and people's welfare are the Modi government's priorities. Under the leadership of Modi, I will try my best to fulfill all these priorities." He also thanked Prime Minister Narendra Modi, saying, "Today, I have taken the charge as India's Home Minister. I am thankful to Prime Minister Narendra Modi for reposing faith in me." Two newly appointed ministers of state for home - G K Reddy and Nityananda Rai - also took charge Saturday. 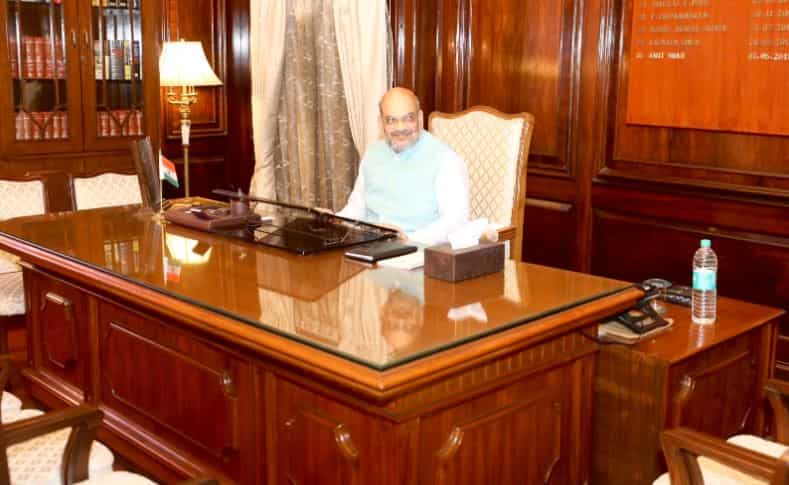 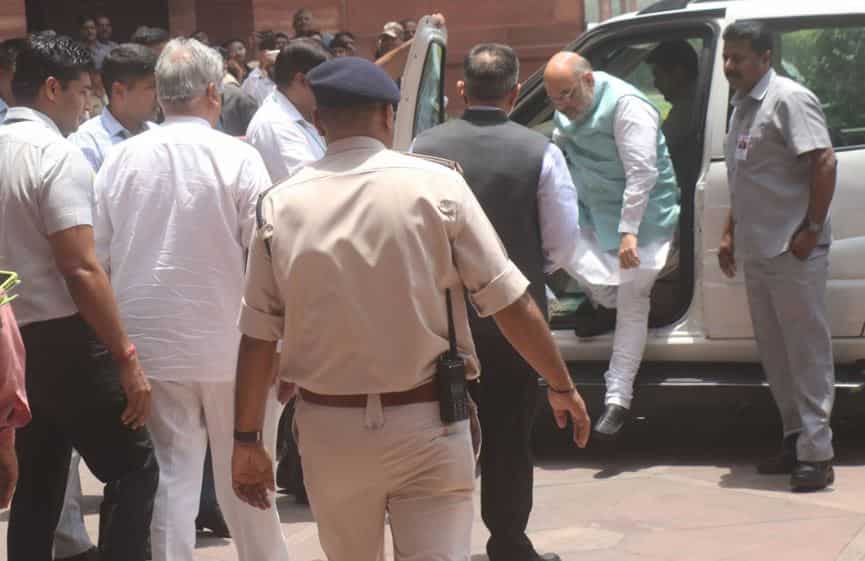 *Amit Shah arrives at the Ministry of Home Affairs 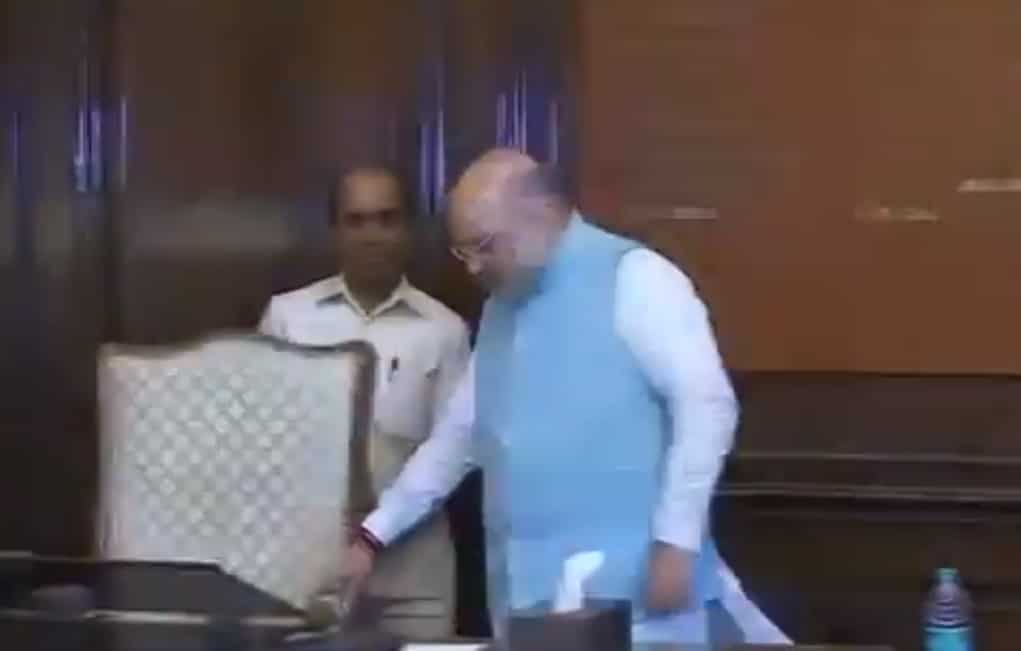 Amit Shah in his new office 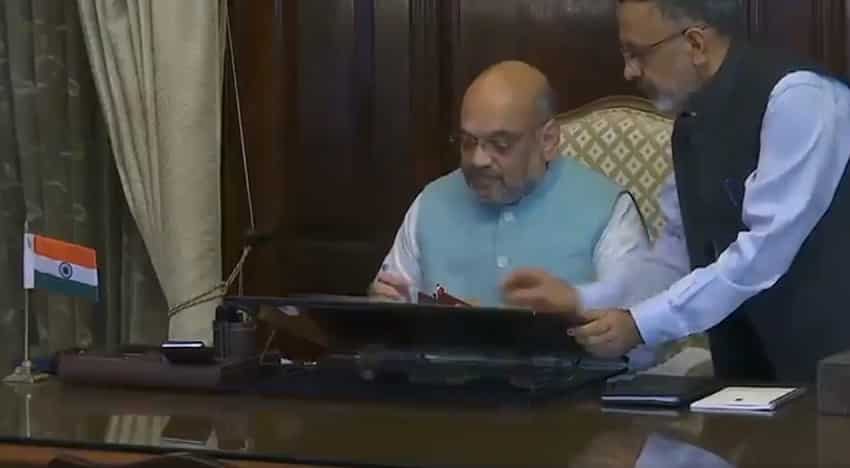 Shah has taken charge as the 30th Union Home Minister at a time when the country is facing terrorism, secessionism and Maoist insurgency challenges. The leadership change in the home ministry is expected to usher in a certain decisiveness and an iron-handed approach to terror, insurgency and secessionism. Shah was welcomed by Union Home Secretary Rajiv Gauba and IB chief Rajiv Jain soon after he reached his North Block office