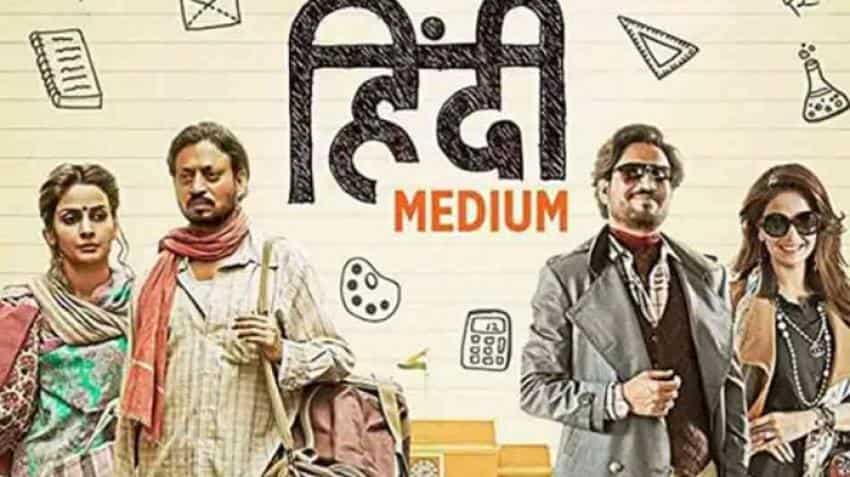 Hindi Medium box office collection:  Irrfan Khan, Saba Qamar, Sanjana Sanghi and Deepak Dobriyal starer has zoomed into the exclusive Rs 200 crore club in China on day 15 itself. The film had hit screens across the border just a fortnight days ago. The film started business on a high note and thereafter saw a gradual dip in business on weekdays during its second week at the China box office. Nevertheless, by then it had entered the Rs 100 cr club and set itself up nicely to also break into the Rs 200 cr club, which it duly did.

Hindi Medium box office collection grabbed another $0.42 million (Rs 2.76 cr) on its 15th day to leave an indelible mark on the Chinese BO. The total collection of Hindi Medium in China has now reached exactly Rs 201.63 crore. This is the fourth consecutive release following Dangal, Secret Superstar and Bajrangi Bhaijaan that have made it into the exclusive Rs 200 crore mark at China box office, reports Bollywood Hungama.

The report also said that the movie still continues to run in theatres and expectations are that the business of the film is likely to see yet another small spurt in collections this weekend. In fact, it won’t be surprising if Hindi Medium manages to cross Rs 210 cr in the next few days at the China box office.The film, that released in China on April 4, is only behind Aamir Khan's 'Secret Superstar' which grossed USD 6.4 million on an opening day.

The film, that released in China on April 4, is only behind Aamir Khan's 'Secret Superstar' which grossed USD 6.4 million on an opening day. This Saket Choudhary directed film was not only praised for Irrfan's and Saba's performance but also being a content-rich venture. The script was written by Zeenat Lakhani.

The film was released in India on 19 May 2017. Irrfan got nominated for the Best Director for Saket Choudhary, Best Actor (Critics) for Irrfan Khan, Best Actress for Saba Qamar, and Best Supporting Actor for Deepak Dobriyal at the Filmfare Awards. It won two main awards including Best Film and Best Actor for Irrfan.