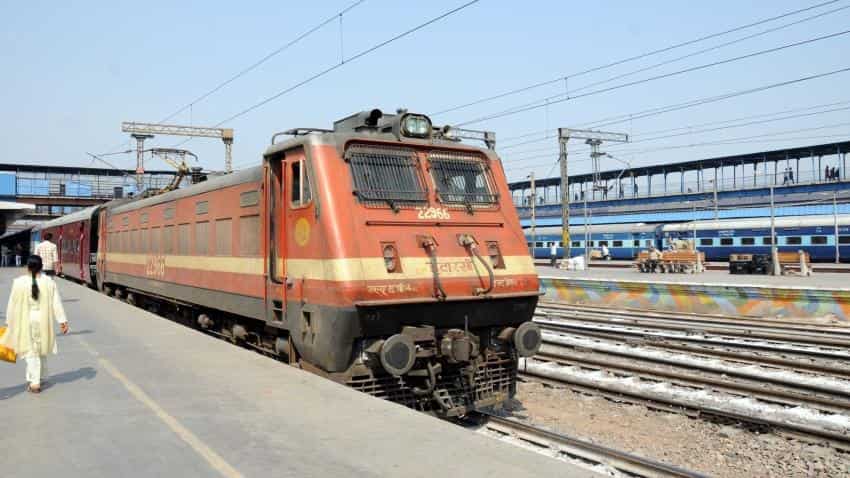 The Finance Ministry agreed to provide only 25% and suggested that Railways raise 75% resources itself for the special safety fund, sources said. Image Source: IANS

Train passengers may have to shell out more as Indian Railways is mulling increasing fares in a bid to raise resources after the Finance Ministry rejected its proposal of a special safety fund.

According to the proposal, a safety cess will be levied to generate funds for strengthening track and upgrading signalling system and elimination of unmanned level crossings among other safety-related works to prevent mishaps.

However, the proposal did not find much favour with the Finance Ministry and it asked the Railways to raise resources on its own by raising fares.

The Finance Ministry agreed to provide only 25% and suggested that Railways raise 75% resources itself for the special safety fund, sources said.

"Though the Railway Minister is not in favour of raising fares at this juncture when passenger bookings are falling and fares of AC-2 and AC-1 are already on higher side, the reluctance of Finance Ministry to provide a bail-out package has left the minister with no option," a source said.

According to the plan, the cess on Sleeper, Second Class and AC-3 will be higher while it will be marginal for AC-2 and AC-1.

A final decision on raising fares is yet to be taken as modalities are still being worked out, sources added.

Railways is witnessing train derailments on almost regular basis - two in quick succession in the recent past causing heavy casualties. Experts say these mishaps have taken place due to the lack of upgrading and proper maintenance of track and signalling system.

Since Railways has decided to increase the average speed of trains, it is important that rail track and rail bridges are also strengthened along with signalling upgrade.

Apart from increasing speed of passenger service, Railways has also decided to run freight trains with 25 tonne axle load for which strengthening of track and rail bridge is essential.