The recent slowdown in the economy stem not only from slow investment growth and subdued exports but also from weakening growth in consumption demand, industry body Ficci has told the Finance Ministry. 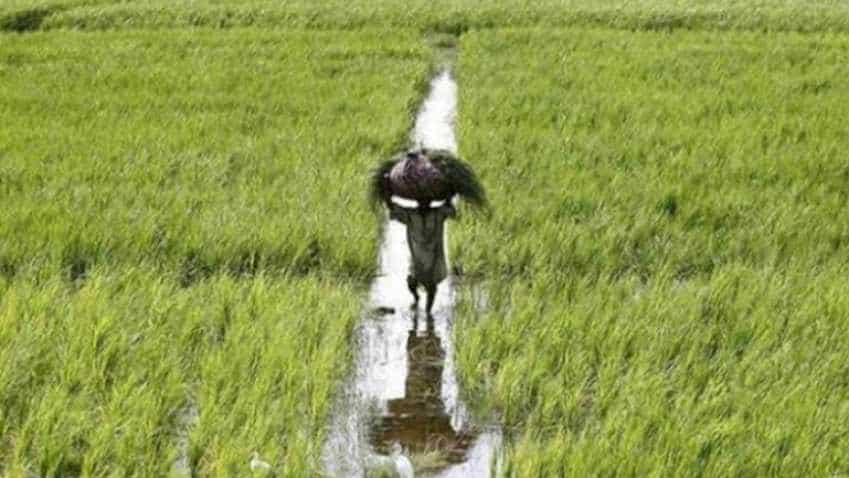 In a pre-Budget 2019-20 memorandum to the ministry, Ficci has warned of long-term repercussions if the serious concerns on the economy are not addressed urgently.Image source: PTI
Written By: IANS
RELATED NEWS

The recent slowdown in the economy stem not only from slow investment growth and subdued exports but also from weakening growth in consumption demand, industry body Ficci has told the Finance Ministry. In a pre-Budget 2019-20 memorandum to the ministry, Ficci has warned of long-term repercussions if the serious concerns on the economy are not addressed urgently.

"Indian economy now faces the risk of slow growth amidst a weakening global economic environment and slowdown in domestic demand. Amidst the rising uncertainties and economic challenges on both domestic and global fronts, there is an urgent need to re-energise the engines of growth and pump prime the economy," the Ficci memorandum said.

"The recent signs of slowdown in the economy stem not only from slow growth in investments and subdued exports but also from weakening growth in consumption demand. This is a matter of serious concern and if not addressed urgently, the repercussions would be long-term."

For addressing agrarian distress and reviving the rural economy, the chamber has sought an extension and hike in the Interim Budget 2019-20's Direct Income Support (DIS) of Rs 6,000 annually to small and marginal farmers. "It is suggested that the quantum of this support as well as the coverage of the scheme be expanded. The existing agriculture subsidies should be reviewed and most/all of them be included within the DIS.

"To enhance agriculture yields and mitigate risk of monsoon vagaries, the government should step up investments in irrigation," it said. "Farmgate and near-farmgate storage should be developed on priority under the Rashtriya Krishi Vikas Yojana (RKVY) and rural development schemes to enable small producers to hold produce till market prices are remunerative enough to sell.

At the same time, tax holidays can be provided for initial 5-7 years for setting up Agri Infrastructure Business", it added. The chamber has also sought raising income threshold for application of the peak tax rate of 30 per cent.

"There is a need for further raising the income level on which the peak tax rate would trigger, to make the same compatible with the international standards. Currently, the peak tax rate of 30 per cent is made applicable over an income of Rs 10 lakh for individual taxpayers.

"However, the income level on which peak rate is applied in other countries is significantly higher", Ficci said. It said the basic corporate tax rate of 30 per cent coupled with dividend distribution tax rate of 20 per cent makes the effective tax cost too high for Indian companies.

Moreover, the increased rate of surcharge coupled with the health and education cess makes cost of doing business in India significantly higher. "The rate of Dividend Distribution Tax may also be reduced suitably so as to be competitive in terms of the comprehensive tax burden," Ficci said.

It suggested that removing the levy of surcharge and cess on corporate and non-corporate taxpayers would lower the cost of production. It also sought removal of Minimum Alternate Tax, currently at 18.5 per cent.

Automobile sales during 2018-19 have slowed down significantly across segments like passenger cars as well as two-wheelers. Annual sales growth in scooters has been below 1 per cent in 2018-19, as against 19.3 per cent growth registered in previous year. Sales of passenger cars have seen a contraction.

For "reviving the animal spirits of industry to boost investments", the chamber said "the government should also announce some major public projects across sectors like power, infrastructure, oil and gas, etc. This will create demand for capital goods. Adequate incentives should also be given to encourage domestic production of such capital goods".

The chamber also sought redressal of issues faced by start-ups relating to the levy of Angel Tax. "Angel tax should be abolished to facilitate the growth of start-ups. Government could also consider incentivising start-ups and MSMEs working on emerging technologies like Artificial Intelligence, Machine Learning for healthcare, Blockchain for land records and public records, and Big Data Analytics, etc. by providing various tax and non-tax benefits."