Minister of State for Finance and Corporate Affairs Anurag Thakur said that the record high GST collections in the past few months despite the pandemic show India's economic resilience and the sincerity of businesses towards nation building. 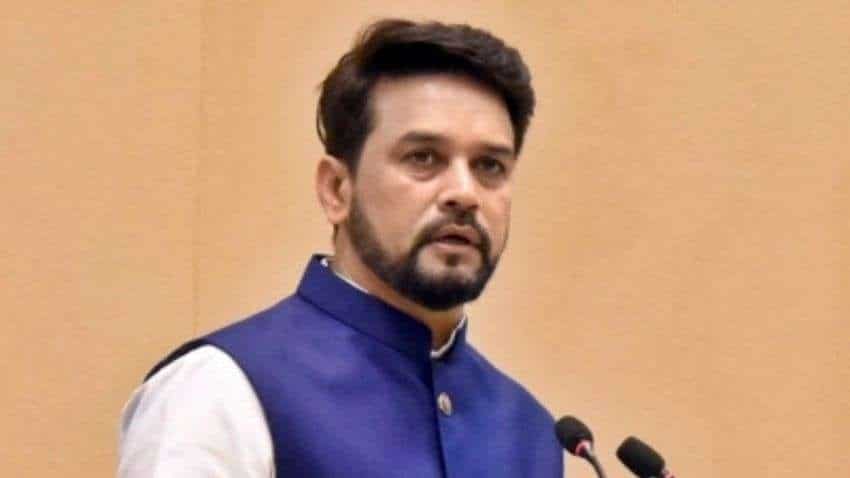 Minister of State for Finance and Corporate Affairs Anurag Thakur said that the record high GST collections in the past few months despite the pandemic show India's economic resilience and the sincerity of businesses towards nation building.

In his message on the occasion of the fourth anniversary of the Goods and Services Tax (GST), he noted that the fourth year of GST brought challenges and successes in equal measure. Starting in the wake of the first wave of the pandemic with its profound impact on econmic activity, lives and livelihoods, the year ended while we are emerging from the second wave, he said.

Noting that GST revenues reached a record high of Rs 1.41 lakh crore in April and have consistently exceeded Rs 1 lakh mark during each of the last eight months, the minister said: "This not only displays the resilience of our economy but also the earnestness of our trade and industry to contribute to nation building."

He also said that in the past one year, a balance has been struck between trade facilitation or ease of doing business on the one hand and enforcement on the other.

It was a year when technology was deployed successfully to fulfill both the objectives.

He also said that the enforcement drive launched by CBIC since November 2020 has resulted in detecting cases of fake ITC and evasion of GST of more than Rs 29,000 crore till now.

Thakur further said: "Timely compliance by the taxpayers during difficult times of Covid-19 pandemic are really worth appreciation."

"On our part, we are continuously alert to the needs of trade and industry, and are constantly moving ahead in our endeavour to provide a user-friendly GST system."

How much government spends on advertisements in newspapers and channels? Find out

UP to get highest share of modernisation funds allocated to Railways