He said NSC sub-committee's estimates of GDP growth series with 2011-12 base are yet unofficial. 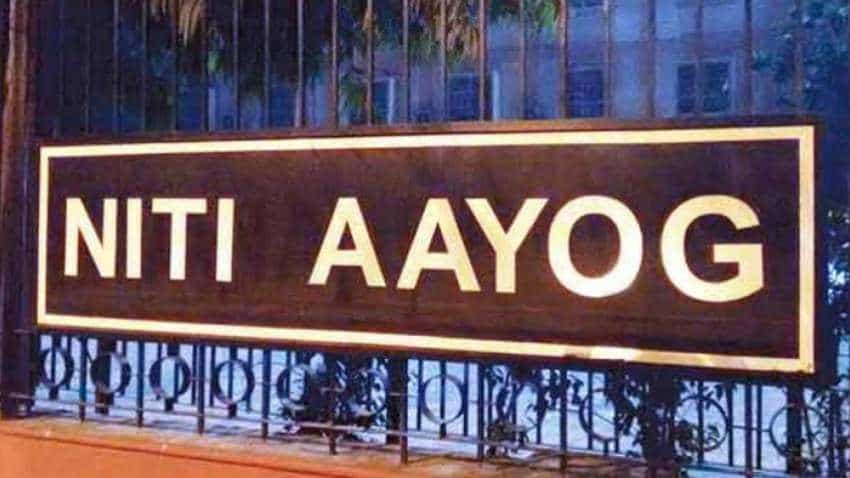 Niti Aayog on Saturday attributed the high growth achieved during the UPA government to untenable fiscal deficit and reckless expansion of bank credit that led to dramatic economic collapse.

Similarly, Niti Aayog Vice-Chairman Rajiv Kumar said that the over 10 per cent growth rate during the Rajiv Gandhi government was debt funded, leading to disastrous collapse of growth in 1990-92 forcing India to physically transfer gold reserves abroad to avoid a debt service default.

Kumar was reacting to news reports about National Statistical Commission (NSC) sub-committee's estimates of GDP growth series with 2011-12 base.

As per the back series data on GDP, Indian economy clocked a 10.08 per cent growth rate in 2006-07 under the then Prime Minister Manmohan Singh, the highest since liberalisation of the economy in 1991.

On the other hand, the Niti Aayog vice-chairman said in a series of tweets that growth rate under four years of the Modi government is still higher than the last four years of UPA.

He said NSC sub-committee's estimates of GDP growth series with 2011-12 base are yet unofficial.

"However, the following facts are clear. Higher growth rate in 2009-2011 and in previous years was funded by untenable fiscal deficit and reckless expansion of commercial bank credit which was surely unsustainable. This led to a dramatic economic collapse and growth floundered spectacularly in last 3 years of UPA II," he said.

"India was branded as part of the Fragile 5. Rupee's exchange rate went into a free fall during May-August 2013, declining almost 25 per cent in 4 months," Kumar said in another tweet.

Growth rate under four years of the Modi government is still higher than the growth rate of last four years of UPA. This is being managed despite the pernicious legacy of massive NPAs, de-leveraging of commercial bank credit and an uncertain global trade environment, he added.

Moreover, strong foundations have been laid out during the past 4 years for sustained high and inclusionary growth in the future, Kumar said.

The National Statistics Commission had set up the committee to recommend suitable measures to strengthen systems and processes for collection, collation and dissemination of these statistics with possibility for improving timeliness.

Meanwhile, Sanjeev Sanyal, Principal Economic Adviser to the finance ministry, said the suggested back series shows that growth had already accelerated to over 8 per cent in 2003-04, following a series of important reforms under the then Prime Minister Atal Bihari Vajpayee.

"Thus, the strong performance of subsequent years had a lot to do with momentum that had already been built up," he said in a tweet.