Even, on a year-on-year (YoY) basis, the Wholesale Price Index (WPI) data furnished by the Ministry of Commerce and Industry was higher than 3.68 per cent reported for the corresponding period of 2017. 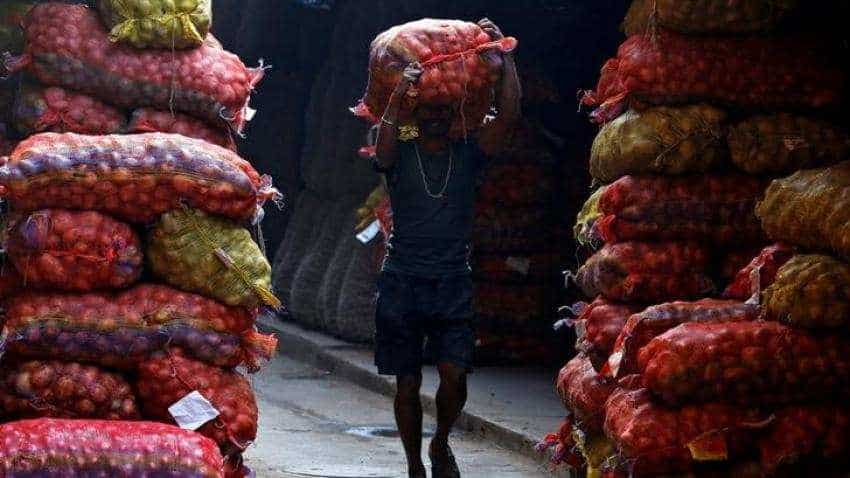 The expenses on manufactured products registered a rise of 4.49 per cent from 4.22 per cent. Image source: Reuters
Written By: IANS
RELATED NEWS

High fuel and commodity costs accelerated the rise in India`s annual rate of inflation based on wholesale prices to 5.28 per cent during October from 5.13 per cent in September, official data showed here on Wednesday. Even, on a year-on-year (YoY) basis, the Wholesale Price Index (WPI) data furnished by the Ministry of Commerce and Industry was higher than 3.68 per cent reported for the corresponding period of 2017.

"Build up inflation rate in the financial year so far was 4.64 per cent compared to a build up rate of 2.12 per cent in the corresponding period of the previous year."

On a sequential basis, the expenses on primary articles, which constitute 22.62 per cent of the WPI`s total weightage, eased to 1.79 per cent, from a rise of 2.97 per cent in September.

Similarly, the prices of food articles declined. The category has a weightage of 15.26 per cent in the WPI index.

The expenses on manufactured products registered a rise of 4.49 per cent from 4.22 per cent.

On a YoY basis, onion prices declined by 31.69 per cent, whereas potatoes became dearer by 93.65 per cent.

In contrast, the overall vegetable prices in the month under review declined by 18.65 per cent, against a rise of 36.67 per cent in the same month a year ago.

The figures on wholesale inflation rate comes a few days after another data showed that lower food prices eased India`s October retail inflation to 3.31 per cent from a rise of 3.70 per cent in September.

"As expected, the WPI inflation rose to 5.3 per cent in October 2018, marking a sharp divergence from the correction in the CPI inflation in that month," said Aditi Nayar, Principal Economist, ICRA.

"The uptick in the WPI inflation in October 2018 reflected the impact of the pass through of higher commodity prices and the INR depreciation, whereas the disinflation in food prices had a much smaller impact on wholesale inflation than the CPI, given the difference in weights for food items in the two indices."

According to Devendra Kumar Pant, Chief Economist at the India Ratings and Research, food inflation on both wholesale and retail gauges continued its southward journey which suggested a continuation of distress in the agriculture sector.

"However, strong and rising core inflation both in wholesale and retail inflation although indicate robust demand conditions in the economy. Inflation in textiles, chemicals and basic metals has remained strong," Pant said.

"Clearly the inflationary trend emanating from the data so far this fiscal throw conflicting signals and the same will be watched closely by the monetary policy committee. Ind-Ra therefore believes RBI will remain in a pause mode during the fifth bi-monthly monetary policy review in December 2018."