Hero MotoCorp shares shock! Is a surprise around the corner? Find out!

Hero MotoCorp shares have dealt a blow and there may something else that may be soon revealed. 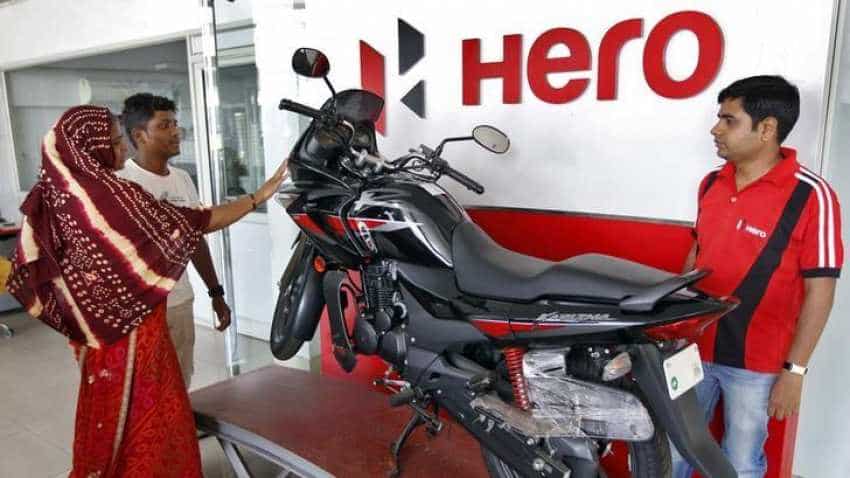 The share price of two-wheeler giant Hero Motocorp has dealt an unpleasant shock. The stock has slumped by a little over 4% on stock exchanges. This has put everyone on tenterhooks about what lies ahead with June 2019 (Q1FY20) quarterly result announcement looming. Hero shares were trading at Rs 2310 per piece down by Rs 93.75 or 3.90% at around 1402 hours. However, the company has also touched an intraday low of Rs 2305.40 per piece on the index. In previous quarter, Hero posted a decline in their net profit, and considering the auto industry is already witnessing muted to weak sales it does create a red flag for investors especially when it comes to investing in auto stocks.

Is there any profit stored in Hero's result?

Expert at Prabhudas Lilladher in their preview report for Hero Motocorp said, "With volume de-growth of 12% YoY but expected realisation increase of ~7.5% YoY on account of the ABS/CBS related price hike over Q1FY20, revenue de-growth is expected at 6.6% YoY (up 4.4% QoQ given volumes inching up 3.5% QoQ). Operating margins are expected to contract 140bps YoY but, with better product mix, rise 60bps QoQ."

Similarly, Phillip Capital in their note also stated that, they expect Hero's revenue to decline by 11.6% yoy mainly due to 12.4% yoy decline in volumes. Also, margin to decline 130bps qoq due to higher discounts and adverse working capital due to weak demand.

Further, Edelweiss Securities in their note said, "We expect revenue to decline ~6.5% YoY as volumes failed to pick up. Realisation growth was muted due to an unfavourable mix (higher share of entry versus executive products). Operating margins are expected to remain flat sequentially as the benefits of moderating costs are likely to be offset by efforts to reduce inventory."

So far in June 2019, Hero has sold f 616,526 units of motorcycles and scooters.  It is the second consecutive month this fiscal when the Company has clocked six-lakh plus monthly sales.

During this quarter, the company recorded a net profit of Rs 730.32 crore down by 24.5 per cent on yearly basis. Meanwhile, total income stood at Rs 8,049.18 crore during the March quarter, which also declined compared to 8,730.54 crore  a year ago same period.