The draft published on Gazette of India said, “Whereas the stressed assets in the banking system have reached unacceptably high levels and urgent measures are required for their resolution.” 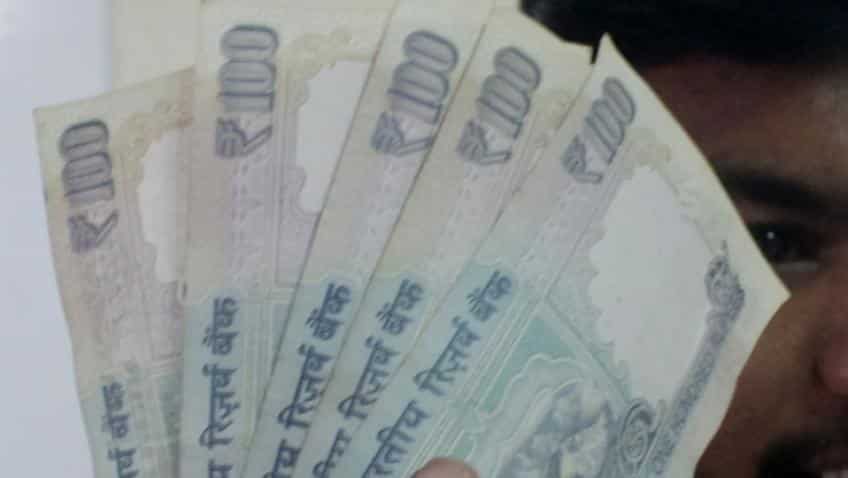 An ordinance to further amend the Banking Regulation Act was signed by President Pranab Mukherjee on Friday in a move to tackle Indian banks' long hanging 'stressed assets' (NPA) issue .

On Wednesday, the cabinet approved the amendment in the Banking Regulation Act. The draft was presented to President for approval on Friday.

The draft published on Gazette of India said, “Whereas the stressed assets in the banking system have reached unacceptably high levels and urgent measures are required for their resolution.”

The new ordinance passed by Mukherjee shall be called as Banking Regulation (Amendment) Ordinance, 2017.

New rules in the Banking Regulation Act 1949 section 35A was amended, under which it gave more power to the Reserve Bank of India (RBI) in resolving banks stressed assets crisis. 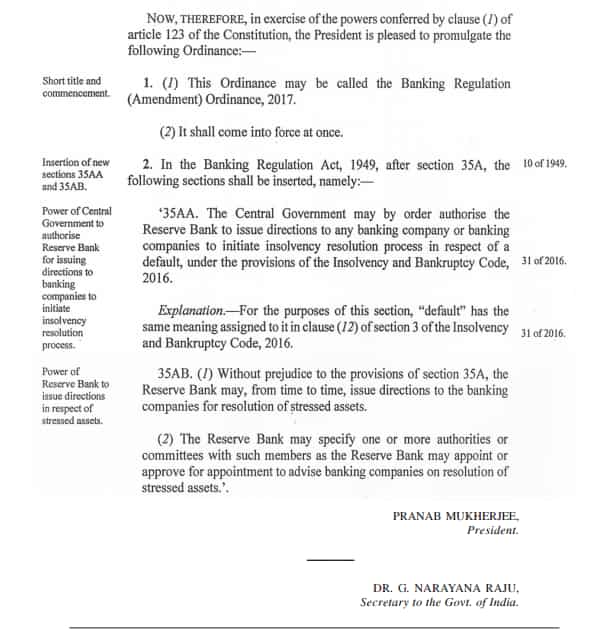 Another reform was made in Section 35AB where the central bank from time to time, issue directions to the banking companies for resolution of stressed assets.

RBI may further appoint one or more committees to advise banks on resolution of stressed assets.

As on September 2016, the stressed assets under banking system stood at Rs 6.7 lakh crore. As per the Economic Survey, gross NPAs climbed to almost 12% of gross advances for public sector banks at end-September 2016.

Due to bad loans problem, not only the entire banking universe but also India's economic growth has been in danger.

Viral Acharya, Reserve Bank of India (RBI)'s Deputy governor, while maintaining a neutral stance on Indian economy from accomodative said, "There is a need for speedy and efficient resolution of stressed assets as it probably could help in restoring the utilisation capacity in this sector while further creating healthy investment in the system and at the same time would also support banks to again start lending in the same sectors again."

Finance Minster Arun Jaitely will be briefing about the ordinance passed in the act later on Friday.