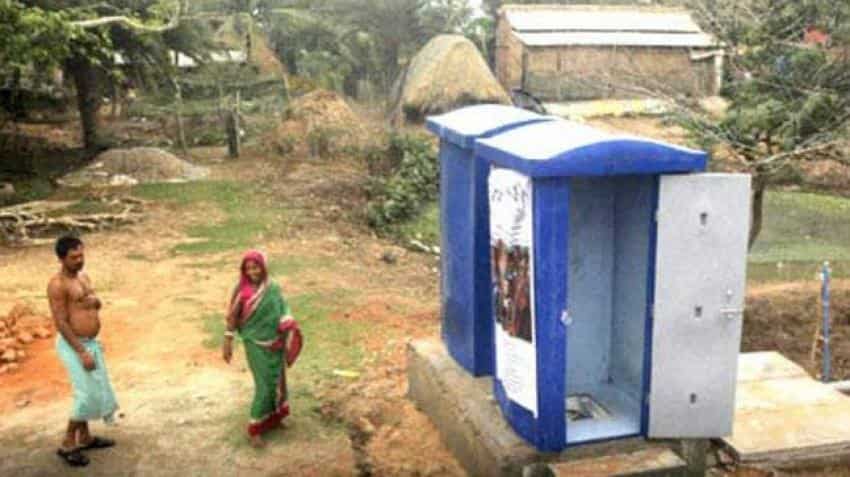 Earlier this year, another woman sold four of her goats to construct a toilet at her house in Rohtas district. Image source: PTI
Written By: IANS
RELATED NEWS

A poverty-stricken woman in Bihar's Gaya district sold her cow to construct a toilet at her house. Tetri Devi, in her late 60s, sold the cow which was the only source of livelihood for her family. "After I found it impossible to get government funds to construct a toilet, I had no option but to sell my cow for Rs 14,000," said Tetri, a resident of Tewarichaak village, about 140 km from Patna. Contrary to the Swachh Bharat Abhiyan's promise to construct toilets on a large scale in Bihar, Tetri, a BPL category person, has been living in a small house constructed under the Indira Awas Yojna, along with her ailing husband, son and daughter-in-law without a toilet for years.

According to the woman, when she approached the block level officials for funds, they ignored her. "My daughter-in-law is a Class 10 pass and she is fully aware of a toilet`s importance in one`s house. She has insisted time and again to construct a toilet. But we either ignored her or cited shortage of money for its construction. "But recently she offered to sell her jewellery to raise money to construct the toilet. I refused her offer and decided to sell my cow instead.

"It is a shame for a woman to defecate in the open and a toilet in every home is a must," Tetri said.

Admitting that the decision was a tough one, Tetri said: "I strongly felt that constructing a toilet is more important than providing milk to my ailing husband."

Block Development Officer Parnav Kumar Giri said that Tetri was an example and an inspiration for others.

"We will felicitate her at a function for her unique effort soon," Giri added.

The officer said the government allocates Rs 12,000 to a beneficiary only after an entire village ward or panchayat become open-defecation free (ODF).

But in her case a special recommendation has been made to pay her the amount, Giri added.

Earlier this year, another woman sold four of her goats to construct a toilet at her house in Rohtas district.

There were also reports of women leaving their in-laws` house due to a lack of a toilet.

Millions in Bihar still practice open defecation and not a single district has been declared ODF so far.