Helping out a friend curtail black money? You could be penalised 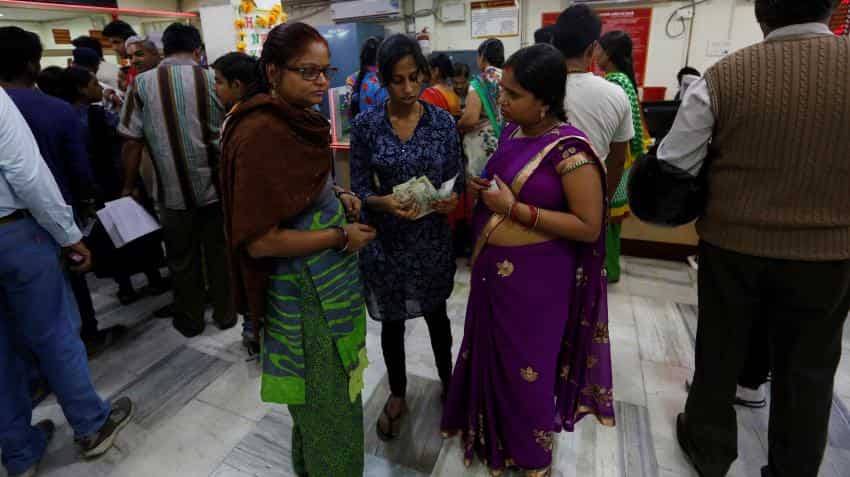 If money in a person’s account is found to be belonging to anyone except the account holder, they would be subject to pay income tax as well as a penalty. Image Source: Reuters

The Ministry of Finance, on Friday said that persons agreeing to deposit other people's black money into their accounts, will also be liable to income tax and subject to penalties.

“Reports are being received of instances where people are using other persons’ bank accounts to convert their black money into new denomination notes for which reward is also being given to the account holders who agree to allow their accounts to be used. This activity has been reported in case of Jan-Dhan Accounts also,” the government said.

The government said that if money in a person’s account is found to be belonging to anyone except the account holder, they would be subject to pay income tax as well as a penalty.

“It is hereby clarified that such tax evasion activities can be made subject to Income Tax and penalty if it is established that the amount deposited in the account was not of the account holder but of somebody else. Also the person who allows his or her account to be misused for this purpose can be prosecuted for abettment under Income Tax Act,” the government said.

However, the government has assured that genuine cases of people depositing their own household savings in cash into their bank accounts would not be questioned.

Prime Minister, Narendra Modi on November 8 announced the demonetisation of Rs 500 and Rs 1,000 notes to rein in black money in the economy. The government also set a December 30 deadline for accepting the old decommissioned currency notes, in exchange for legal tenders. Since then, there has been a significant increase in cash deposits in banks amounting to over Rs 4 lakh crore.

The Ministry of Finance had earlier said that they would not question or investigate deposits amounting below Rs 2.5 lakh, made by artisans, housewives or workers. However, in the light of new information, the government has urged people not to participate in such dealings.

“The people are requested not to get lured by black money converters and be a partner in this crime of converting black money into white through this method. Unless all citizens of the country help the Government in curbing black money, this mission of black money will not succeed. Also the people who are against the black money should give information of such illegal activities going on to the Income Tax department so that immediate action can be taken and such illegal transfer of cash can be stopped and seized,” the government said.