In the past 24 hours from 8:30 am on Sunday, Colaba Observatory recorded 171 mm of rain, whereas Santa Cruz Observatory had witnessed 122 mm. 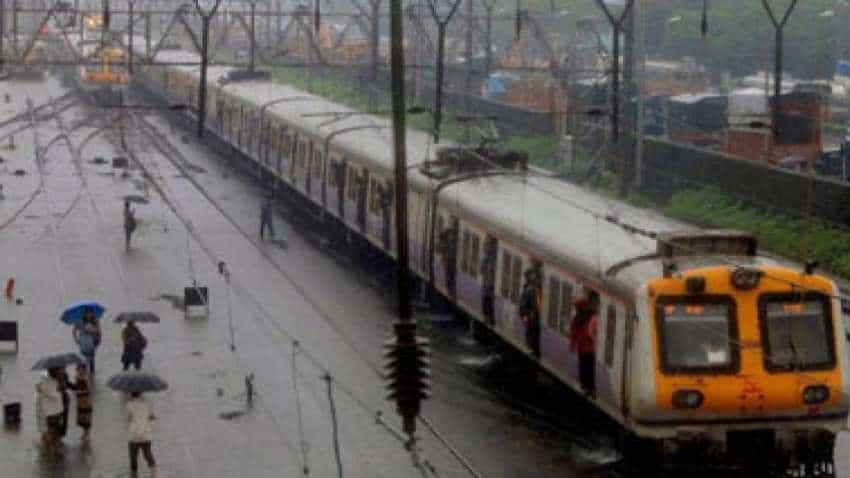 It’s total chaos in Mumbai today! Almost anywhere you travel in this city, you will end up facing massive traffic and water logging problems due to heavy rain. In major regions of Mumbai, there is three digit rain being calculated by weather forecaster. The city is very delicately placed due to heavy rains and this problem has been around since more than a decade now. Each year monsoon brings new trouble for Mumbai citizens. Today, the only advisory for citizens is to avoid travelling in not just on roads, but also on Railways and airlines too. Commuters take a massive hit when Mumbai faces heavy showers, and today was no different. The impact of heavy rains  is such that even Western Railways was forced to halt at least 12 express trains at Virar station which is one of the busiest suburban route in India.

According to Skymet Weather, extremely heavy Monsoon rains continue to lash Mumbai  as the city recorded 3-digit rainfall for the second consecutive day on Sunday. In the past 24 hours from 8:30 am on Sunday, Colaba Observatory recorded 171 mm of rains, whereas Santa Cruz Observatory had witnessed 122 mm.

Today, Western Railways has been sending updates about routes that have witnessed massive waterlogging. Authorities have been guiding passengers to avoid travelling on selective routes.

However, 3 hours ago, Western Railways announced that,  WR Suburban services are running normal. There is no disruption due to rains.

But it didn’t take long for WR to change this statement. It later announced that, #MumbaiRains ,trains being run at restricted speed at Nallasopara due to water on tracks. Some delay due to this. No water logging anywhere else on WR.

Among Western Railways Route, Nallasopara was most hit due to heavy rains. Usually the WR journey begins from Churchgate and takes passengers in massive numbers towards Virar. There are also heavy amount of express trains that halt in major WR stations like Bandra Terminus, Mumbai Central and Virar itself. Few trains are also allocated for Dahanu station.

Western Railways tweeted saying, "1/2 Due to very heavy rains since last night, water on tracks at Nallasopara. Traffic on UP fast line stopped as water reached 180 mm above rail level. Trains running on other 3 lines at Nallasopara on restricted speed. #WRUpdates @drmbct."

In view of water 180 mm above rail level due to incessant rains, traffic on UP fast line at Nallasopara Station has been stopped resulting in delay of 15-20 mins in local services & regulation of various Mumbai bound trains at/beyond Virar. Caution order working on other 3 lines pic.twitter.com/E7QaALslnm

They added further, "2/2 Due to water over 180 mm on Up fast line at Nallasopara, traffic stopped on it, hence there is delay of about 15 mins in suburban trains. Other 3 lines at Nallasopara working with trains running on restricted speed #WRUpdates @drmbct."

Considering the above, the Western Railways had to halt 12 trains at Virar. These trains are fast ones which halt at only specific stations, however today these trains would not be able to go beyond Virar and will be regulated there.

Western Railways has regretted the inconvenience caused to passengers.

Guess what! The issue of heavy monsoon is not going to end anytime soon.

As per weathermen at Skymet, Mumbai weather is presently under the influence of two strong weather systems. Firstly, the off- shore trough along the West Coast is active from South Gujarat to Konkan region.

Secondly, the cyclonic circulation over Bay of Bengal has now moved inland is seen over South Chhattisgarh, East Madhya Pradesh and Vidarbha region. Presence of both systems has led to formation of a convergence zone over Maharashtra.

Therefore, these systems have infused fresh Monsoon surge over the state. Widespread clouding can be seen over entire Maharashtra. This has already given very heavy rains over Mumbai and we can expect heavy to very rains to continue over Mumbai and other coastal areas of Maharashtra during the next 24 to 48 hours.

Mumbai had recorded 131 mm of rains on Saturday.