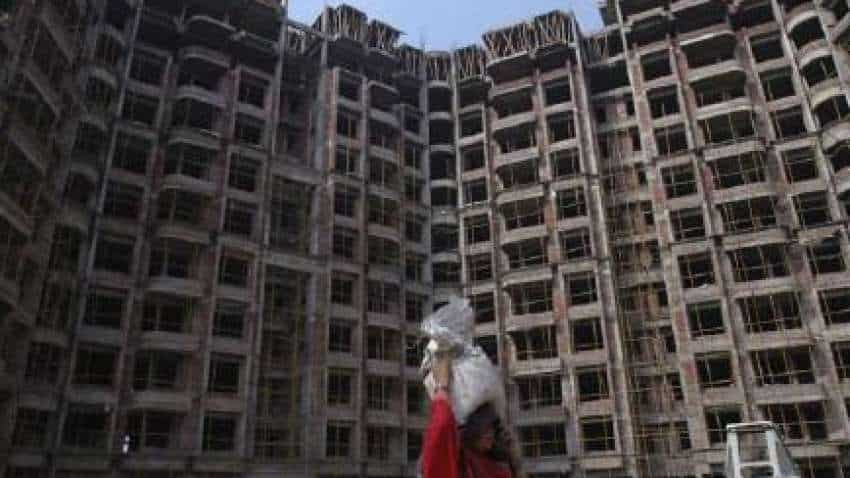 Key Takeaway from the Jefferies report highlights that the Sustained economic recovery beyond the pre-covid levels needs capex cycle resurgence which is likely only if property cycle revives. 70% of the capex slowdown since FY12 is explained by the weak property cycle. Private consumption has been the key GDP driver which runs the risk of a slowdown unless capex revives. Thankfully, the stage is set for a property recovery and initial signs are visible. HDFC, ICICI Bank, Godrej Properties, DLF, Ambuja Cement, Kajaria Ceramics are the preferred plays.

Capex cycle is in its ninth year of downtrend

The capex (GFCF (Gross fixed capital formation)) downcycle began from FY13 and by FY20 its contribution to the economy had shrunk by a fifth to 26.9% of GDP. Indeed, over the FY12-20 period, capital spends have grown by a nominal 7.8% CAGR, 3.3 ppt slower than the nominal GDP growth rate and also much slower than the 12.1% CAGR of consumption (PFCE (Private final consumption expenditure)).

Two phases of the capex slowdown

An analysis of capex components suggests that there have been two phases in which the slowdown has unfolded. In the first phase (FY12-FY16), the household capex (essentially residential property) slowed sharply, shrinking its GDP contribution by 6.3 ppt to 9.4% of GDP by FY16. Housing has, since then, stabilized at low levels. However, the second phase of capex downcycle (FY17-20E) has seen the corporate capex weaken with its contribution declining 2.9 ppt to 12.8% by FY20E.

The weak capex cycle since FY12 has had the government capex as a relative bright spot. Government capex has grown at an 11.5% CAGR since FY12, a tad higher than the nominal GDP, consequent to which its share as % of GDP has been flat at 3.6%. While weak taxation is a challenge here in FY21, the central govt's Rs 100 Trn+ capex plan indicates that government capex should hold relatively well in future. However, at just 13% of total capex spends, direct government capex is not a needle mover.

Total corporate capex is about 47% of total capex spends and has grown 2 ppt slower than nominal GDP since FY12. An immediate upturn here looks unlikely for now given the low capacity utilisation rates in large industries such as power & cement as well as overall manufacturing. Rising government focus on local manufacturing is positive but as yet, these are employment intensive sector focused.

Since FY12, the weak household capex (mostly real estate) has accounted for nearly 70% of the capex slowdown. Property sales have indeed recovered off a bottom in 2017. While COVID is a setback, housing sales have started recovering with few developers already reporting higher sales in Q2 FY21. Jefferies' base case is that much improved affordability and likely pent-up demand should drive an improvement in the housing cycle long term.

A housing led capex cycle recovery would benefit multiple sectors. Jefferies recently raised financials to Overweight and HDFC & ICICI Bank would be preferred picks in that sector. In Cement sector they like Ambuja cement and ACC, they like Godrej properties and DLF in Real Estate Developer space and lastly, they prefer Kajaria Ceramics and Supreme Industries in building material space.

India vs Australia: Not blessed with power-hitting skill but try to score briskly, says KL Rahul