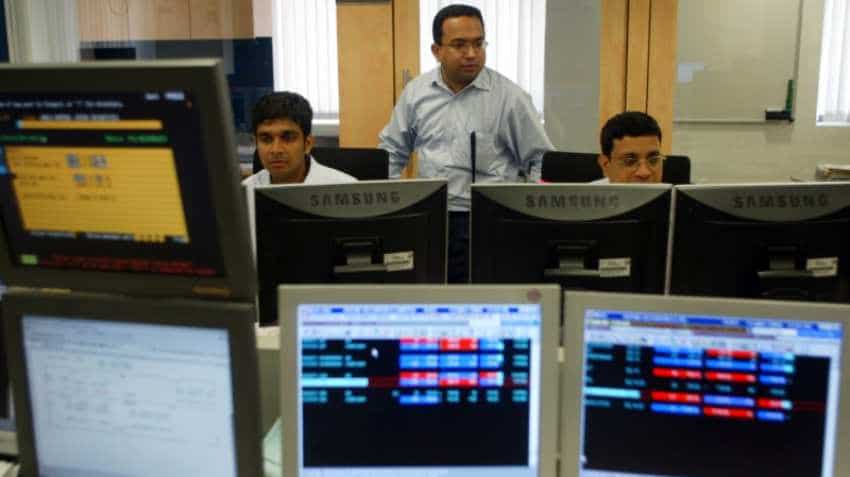 The Sensex and Nifty are expected to open on a flat note on Monday, tracking muted trend seen in Asian markets after stocks slipped on fears of further trade protectionist measures. At 8:00 am, SGX Nifty was trading at 11,039.50, up 18.50 point or 0.17 per cent.

US president Donald Trump, on Friday, lamented the recent strength of the U.S. dollar and accused the European Union and China of manipulating their currencies. The remarks, coupled with Trump’s threats to impose tariffs on all U.S. imports from China, triggered a bout of sell-offs in Wall Street and European stocks on Friday, despite good corporate earnings.

Asian stocks followed that lead on Monday with Japan’s Nikkei stumbling 0.9 percent. Australian shares were off 0.1 percent while the New Zealand market was down 0.4 percent.

MSCI’s broadest index of Asia-Pacific shares outside Japan was up a touch waiting for other markets to open.

Here are top five stocks that will remain in focus today:

SpiceJet: An arbitration tribunal has rejected the Rs 1,323-crore damages claim from Spicejet and a bid to take control of the airline by its previous owner Kalanithi Maran and his company Kal Airways, after a bitter share transfer dispute. The Delhi-based low-cost carrier has informed the exchanges that on July 20, an arbitration tribunal rejected Maran's claim of damages of Rs 1,323 crore for not issuing convertible warrants and preference shares to him and Kal Airways.

Wipro: India's third largest IT firm Wipro posted over 2 per cent increase in consolidated net profit at Rs 2,120.8 crore for June 2018 quarter. The net profit, attributable to shareholders, in the year-ago period was at Rs 2,076.7 crore.

JustDial: Local search engine firm Just Dial reported a 4.2 per cent jump in its standalone net profit to Rs 28.6 crore in December quarter of the current fiscal. The company had posted net profit of Rs 27.44 crore in the same period a year ago. The company's revenue from operation increased by 9.16 percent to Rs 196.79 crore in the quarter from Rs 180.27 crore during the same period previous fiscal.

HDFC Bank: HDFC Bank reported an 18.2 per cent increase in its net profit at Rs 4,601.44 crore for the quarter ended June. The private sector lender had registered a net profit of Rs 3,893.84 crore in the corresponding period of the previous fiscal 2017-18.