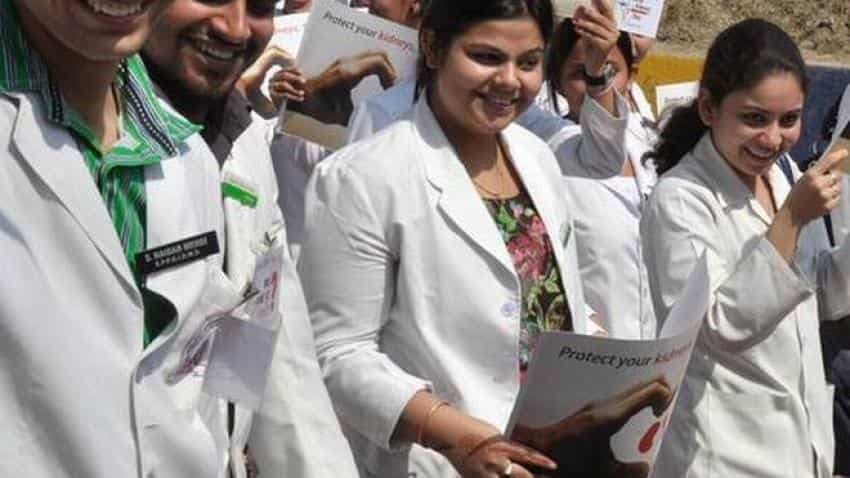 The PIL sought a direction to fix the tuition fee structure for all medical courses offered by the deemed universities in the state. Image source: PTI
Written By: PTI
RELATED NEWS

"It appears to us that fees varying between Rs 25 lakh to Rs 35 lakh per annum is prima facie far too high and the fee committee constituted by UGC ought to make an in-depth study and recommend the fees to be collected by the institutions," the bench said in its order. It recorded an undertaking given by the UGC to constitute a committee by June 30 to fix the fee structure in these universities. Making it clear thatr there was a need for regulating and streamlining the fees after taking into account all relevant factors, the bench directed that the UGC fees committee shall positively submit its recommendation within six weeks after hearing all stake holders.

The bench said the court was informed that the committee had earlier fixed Rs 11.5 lakh per annum for management quota seats, adding students may now be admitted by collecting Rs 13 lakh on a condition that once the committee determined the fee, balance, if any, would have to be paid back.  Needless to mention that if the fee determined was lower, the students concerned would be entitled for refund, it said.

Listing the high fees charged by different institutions, it said this was against the very principle and objective of running a charitable educational institution. Medical education was now a big profitable business and an easy route to build a big empire, the PIL claimed.