Haryana has widened the tax base by 82.22 per cent and logged 19 per cent hike in revenue collections, state Finance Minister Abhimanyu said today 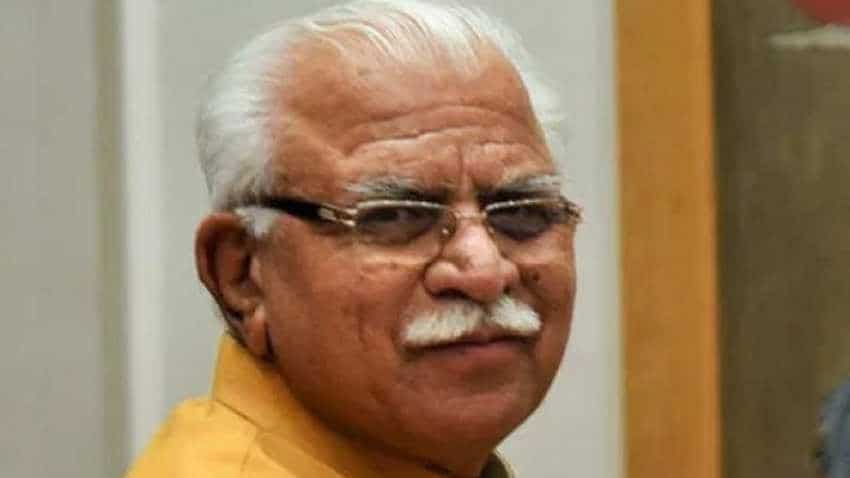 While the number of tax assessees under VAT, Central Excise and Service Tax in Haryana was 2.25 lakh before the introduction of GST. Image source: PTI
Written By: PTI
RELATED NEWS

Haryana has topped other states in per capita revenue collection under GST, and is also the fourth highest generator of e-way bills in the country, state Finance Minister Abhimanyu said today.

Haryana has widened the tax base by 82.22 per cent and logged 19 per cent hike in revenue collections, he added.

Besides, the compliance percentage of assessees in the state is 5-7 per cent higher than the national average and revenue collection under commercial taxes has registered double-digit growth.

Listing the state's achievements post GST rollout, he said one of the most important achievements had been widening of the tax base by 82.22 per cent.

While the number of tax assessees under VAT, Central Excise and Service Tax in Haryana was 2.25 lakh before the introduction of GST, the number of dealers today is about 4.10 lakh.

This is in spite of the fact that the threshold limit for mandatory registration of tax assessees has been raised from Rs 5 lakh in Haryana to Rs 20 lakh under GST, he added.

Under GST, the compliance percentage of assessees filing returns in Haryana had been consistently 5-7 per cent higher than the national average. It has been as high as 98.27 per cent, which is a remarkable achievement, Abhimanyu said.

"The introduction of One Nation One Tax GST in Haryana has been very smooth with the relatively small state with geographical size 1.4 per cent and 21st in size in the country, collecting the 5th highest gross GST in the country. Haryana's per capital revenue collection under GST is the highest in the country at Rs 1,876," he said.

About 1.12 crore e-way bills were generated in Haryana between April 1, 2018 and June 30, 2018, catapulting the state to the position of 4th highest generator of e-way bills in the country.

Officers of the Excise and Taxation Department conducted physical checking of 1.10 lakh e-way bills, detected 3,358 cases of irregularities, and collected Rs. 21.37 crore as penalty in the two months of April and May 2018, he said.

The minister said during the tenure of the present state government in the three complete financial years 2015-16, 2016-17 and 2017-18, Haryana has displayed robust double-digit growth in revenue collection under commercial taxes with a growth rate of 10.47 per cent, 11.9 per cent and 24.1 per cent, respectively.

Abhimanyu said foodgrains which had been exempted from GST were taxed at the rate of 5 per cent under VAT. The total collection of the state from foodgrains aggregated Rs 1,100 crore.

In the pre-GST regime, the tax under CST accrued to the state on inter-state transactions, he said.

GST being a consumption-based tax, the state suffered a loss of about Rs 5,000 crore on this account. Many of the consumer goods were taxable at the rate of 13.125 per cent under VAT. Most of these items have been placed in the tax slab of 18 per cent wherein the state's share is 9 per cent. Therefore, it accounts for some loss of revenue for the state.

Abhimanyu said on the other hand, the revenue from levy of service tax was exclusively under the domain of the Centre. In the GST regime, the states will also get 50 per cent of the collections on account of levy of GST on supply of services. It is a new levy for the state.

Under this scheme, outstanding dues of Rs 2,328.36 crore have been recovered from 1,954 dealers. This has also resulted into substantial drop in litigation.

Meanwhile, the minister said that budgetary estimate for the Excise Department for 2018-19 had been fixed at Rs 6,000 crore.

In the first quarter ended June 30, 2018, the department has been able to realise the target of approximately Rs 2,021 crore, thereby indicating a robust revenue growth in the financial year 2018-19. The corresponding figure for the first quarter of 2017-18 was Rs 1,649.47 crore.