Haryana Chief Minister Manohar Lal Khattar on Saturday announced that the government will begin with the recruitment process for 20,000 government jobs in the state. 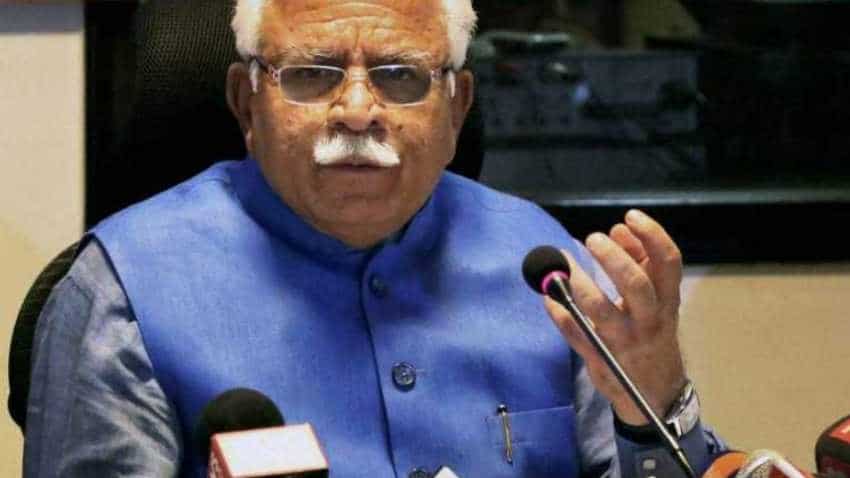 Haryana Chief Minister Manohar Lal Khattar on Saturday announced that the government will begin with the recruitment process for 20,000 government jobs in the state. The minister also said that along with such huge recruitment opportunities, the level of education in schools and colleges in the next 100 days will also be improved.

Khattar further added that strengthening the security system and improving health services besides focusing on permanent solutions to problems of every section of society would be the top priorities of the governments.

This work will be completed within the next three months, he said.

In order to strengthen law and order, recruitment would be made to 5,000 posts in the Police Department and to fill the vacant posts of Group D, the candidates will be given preference who were in the waiting list of previous recruitment.

The Chief Minister said that the efforts would be made to raise the level of education in government educational institutions, besides improving the building structures and increasing the capacity of teachers.

Listing the achievements of his government in health services, he said in 2014, 700 students of the state were enrolled in MBBS, which has now increased to 1,450 in 2019. Within the next five years, a system will be arranged so that 2,000 students would get admission in the state every year.

Aggresive strategy by Haryana government! Why thousands of investors may pull out of China soon