Suspension of operations by Jet Airways on April 17 due to lack of funds is seen as one of the primary reasons why domestic air traffic saw this fall. 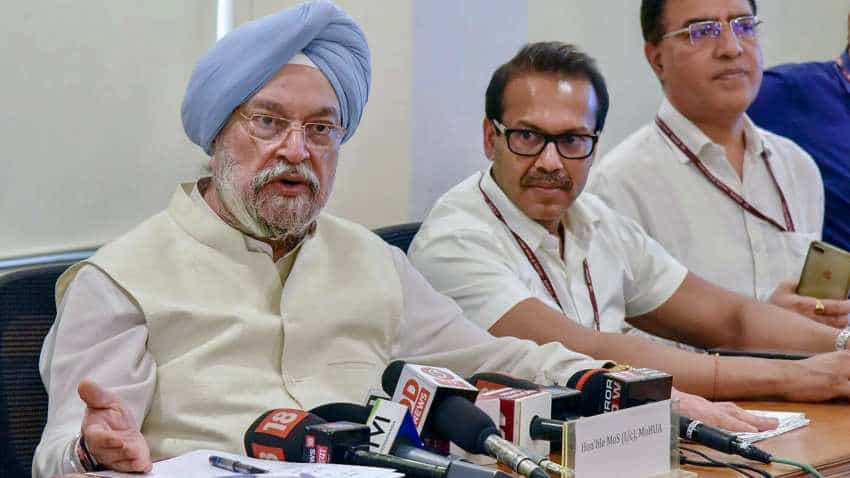 Almost two months after the temporary shutdown of the beleaguered Jet Airways, Civil Aviation Minister Hardeep Singh Puri Friday said more planes are flying today than at that point of time and expressed confidence that the Indian aviation sector would be able to beat the turbulence it is facing. Breaking a growth streak of over 55 months, domestic air passenger traffic fell by around 4.5 per cent to 10.99 million passengers in April, according to data released by Indian aviation regulator DGCA on May 22.

Suspension of operations by Jet Airways on April 17 due to lack of funds is seen as one of the primary reasons why domestic air traffic saw this fall. "In the domestic sector, a particular carrier ceased full operations. Now we have more planes flying than we had at that point of time. We had 540 planes that time and by the end of this month we'll have 580 planes," Puri said at an event here.

"The carrier also had wide-bodied aircraft which were operating on the long haul routes. We are addressing that issue. I am very confident we can solve that problem also, both in terms of domestic capacity and in terms of other actions," he added.

The lenders, whom Jet Airways owes over Rs 8,000 crore in debt, are offering 31.2-75 per cent stake in the company on a fully diluted basis. However, they have not been able to find a suitable buyer for it as yet.

"Civil aviation sector has tremendous potential to grow. We need to provide domestic carriers a level-playing field and make sure we reclaim the lost space," Puri said.

"We have some turbulence in the skies but I'm personally confident that we can beat the turbulence and turn it around. What shape that takes will depend on the commercial negotiations which are currently underway," he added.

Currently bankers are trying to stave off bankruptcy of the airline even as media reports said Etihad Airways, which already owns 24 percent in Jet Airways, has teamed up with the Hindujas to buy the airline.