Happy birthday Akshay Kumar! Why Khiladi could rule over Indian box office for next 12 months

Happy birthday Akshay Kumar! Bollywood superstar Akshay Kumar turned 52 on Monday and if the actor's line up of upcoming movies are anything to go by, he could rule the Indian box office for the next 12 months. 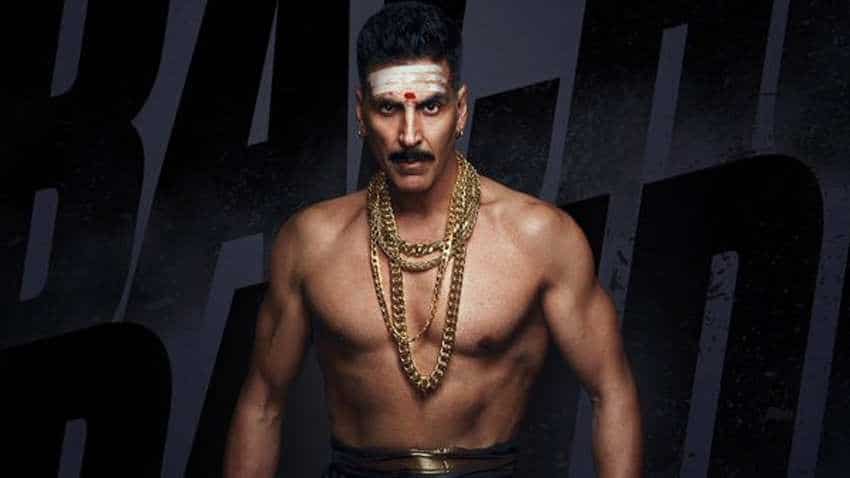 Kumar recently delivered the biggest film of his career with Mission Mangal that went on to earn over Rs 200 crore. Source - Twitter.
Written By: ZeeBiz WebTeam
Edited By: Harish Dugh
RELATED NEWS

Happy birthday Akshay Kumar! Bollywood superstar Akshay Kumar turned 52 on Monday and if the actor's line up of upcoming movies are anything to go by, he could rule the Indian box office for the next 12 months. Kumar recently delivered the biggest film of his career with Mission Mangal that went on to earn over Rs 200 crore and is set to end the year with Housefull 4 which is touted to be the most expensive Bollywood film so far. On his 52nd birthday, Akshay Kumar has announced another special gift for his fans. The actor announced the historical drama Prithviraj, where he will play the grand ruler.

Akshay tweeted, "Elated to share about my 1st historical film on my birthday!Humbled to have the opportunity to play a hero I look up to for his valor & values- Samrat Prithviraj Chauhan in one of my biggest films #Prithviraj. Producer @yrf, director #DrChandraprakashDwivedi, releasing Diwali 2020."

Interestingly, the film will clash with Kangana Ranaut's Dhaakad at the box office. Film trade analyst, critic and influencer Sumit Kadel even took a jibe at the actress saying that Dhaakad would give Prithiviraj a run for its money and YRF should be scared. "Now #Dhaakad is going to clash with #Prithviraj on Diwali 2020, providing the megastardom of Highest paid actress i am sure Dhaakad would give prithiviraj run for their money & will surely collect ₹ 40-50 cr in the lifetime. YRF should be scared, really scared of Chandaal ji," he tweeted.

Over the next 12 months, Kumar is set to star in as many as six big films out of which five are scheduled for festival release. The impressive line up includes: House Full 4, Good News, Laxmi Bomb, Prithviraj and Bachchan Pandey. "Breaking norms, & destroying myths, called MINI INDUSTRY for a reason #HappyBirthdayAkshayKumar," Kadel tweeted.

Speaking about the latest announcement of Prithviraj, Akshay said, "It is truly an honour that I will be playing the role of one of the most fearless and courageous kings of India, Prithviraj Chauhan. As a nation, we should always celebrate our heroes and immortalize what they did to propagate the values that Indians lived by. Prithviraj is our attempt to bring to light his valour and daredevilry. Prithviraj was the only person standing in front of a merciless nemesis and the bravery he showed, made him a true Indian hero, an inspiration for generations and a legend. So this announcement coming on my birthday has indeed made it more special for me."