Happiness index: This state government to measure just how happy you are 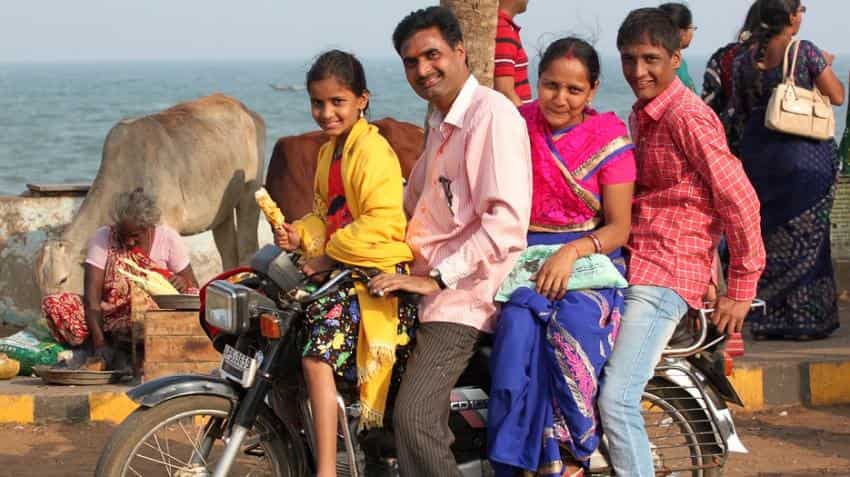 Beside to finding out how happy the people were, the BJP-led state government is also trying to keep its employees in good humour. Image source: Pixabay
Written By: PTI
RELATED NEWS

Just how happy are the people with their lives in Madhya Pradesh? A study, to be carried out by the state government, will have the answer. The initiative has come at a time when India stands at a lowly 122nd spot in the World Happiness Report for 2017, brought out by the United Nations.

The BJP government in the state had earlier taken the lead in popularising the concept in the country by setting up an 'Anand Vibhag', or the happiness department, in 2016 to think of ways to make people happy and content.

To measure the happiness quotient of people became a global talking point when a tiny Himalayan country, Bhutan, came out with a happiness index and linked it to development, which is otherwise based on GDP numbers.

Now, the Shivraj Singh Chouhan government is launching an exercise to interact with the people of the state and find out how happy they were.

A premier technology institute is helping the state in this initiative, which will take months to conclude.

"We expect to get a questionnaire this month from the Indian Institute of Technology (IIT)-Kharagpur (the only institute to have a happiness centre) to measure the happiness quotient of the state's residents," Praveen Gangrade, Director, Rajya Anand Sansthan, which works under the MP happiness department, told PTI.

"Once we get the questionnaire, we are going to work on it to get people's feedback," he said.

Gangrade added that they will first go through the questionnaire before starting the survey in the next one or two months.

"It is a lengthy exercise. We have to involve an army of interviewers to reach far-flung villages to get the feedback of different sample groups and then prepare the happiness index," he said.

"We hope to come out with the happiness index in the next six months," the official said.

For preparing the questionnaire, that will bring out the happiness levels of people with tangible and intangible things, the government had inked a memorandum of understanding (MoU) with the IIT-Kharagpur in May last year, Rajya Anand Sansthan's chief executive officer Manohar Dubey said.

Beside to finding out how happy the people were, the BJP-led state government is also trying to keep its employees in good humour.

Around a month back, the government had sent some of its employees on an all expenses paid trip to various places in the country, to attain happiness, Dubey said.

Such exercises will be taken up in future also, so that the employees remain happy, he said.

Meanwhile, the happiness department is also going to promote research that suggest ways for achieving happiness.

Scholars and organisations will be given fellowships to conduct a "high-level study and research" to open up vistas for making people happy, Dubey said.

For this, an advertisement is likely to be released shortly, he added.