Happiest Minds IPO Listing: IT service provider company Happiest Minds Technologies initial offer has made its debut at the BSE and NSE in style. 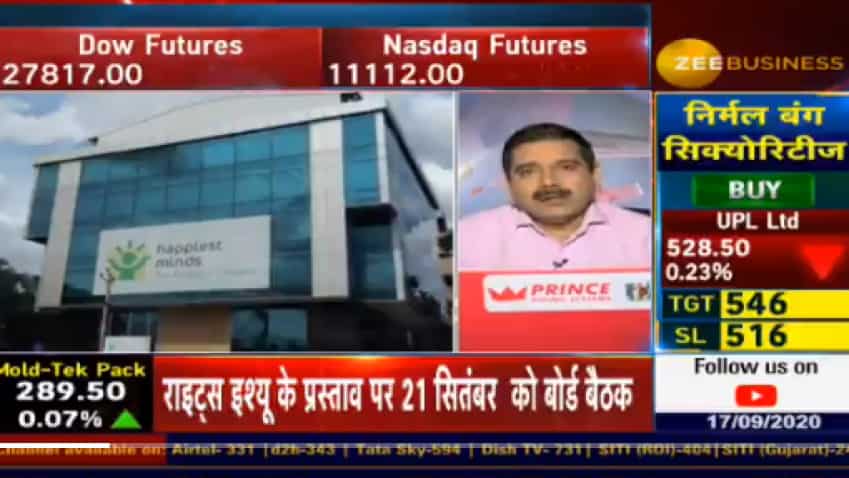 Happiest Minds IPO listing has doubled money of its investors as the IT company has got bumper listing. At the NSE, the Happiest Minds IPO got listed at Rs 385 against the issue price of Rs 165-166 per shares.
Written By: ZeeBiz WebTeam
Edited By: Harish Dugh
RELATED NEWS

Speaking on the reason for such a robust opening at the BSE and NSE of Happpiest Minds IPO; Zee Business Managing Editor Anil Singhvi said, "major reason for such a great response by investors to the Happiest Minds IPO is its promoter Ashok Soota. Soota has led majority of the leading IT companies and has good rapport in the IT sector. Soota has served IT major MindTree as co-founder, MD and Chairman. He has served Wipro as Vice Chairman as well. After completion of his engineering from IIT Roorkee, he began his career in refrigeration industry."

Happiest Minds Technologies had issued Rs 110 crore fresh issues in this IPO with an aim to raise Rs 702 crore from the market. The company had offered only 2.33 crore shares of the company in its initial offer.

According to market experts, Happiest Minds Technologies has a strong business model with least rival companies to compete with. Its 75 per cent of the business volume comes from the US. It has performed exceedingly well in the last financial year and its business numbers are expected to continue give robust returns in coming FY as well.