Commerce Minister Nirmala Sitharaman has said on Saturday that the number of H-1B visas for Indian IT professionals would not come down adding further that the US is correcting its present lottery system of awarding visas. 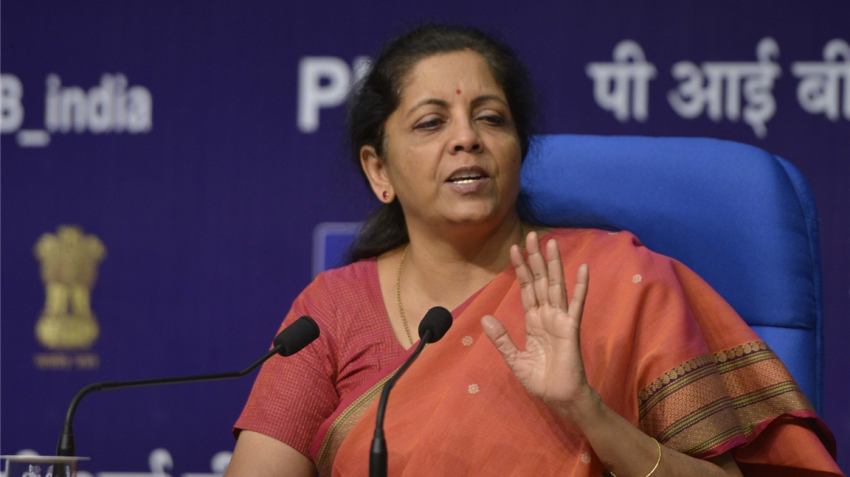 Commerce Minister Nirmala Sitharaman on Saturday sought to calm frayed nerves on the contentious visa issue, saying the number of H-1B visas for Indian IT professionals would not come down.

She asked the industry not to get panicky.

"No need to get panicky on the visa front. The lottery process is something I suppose they (the US) wanted to do a correction on. The numbers are not something they are changing... The numbers will not come down," Sitharaman told reporters.

Over the past few weeks, there is a growing sentiment of protectionism across various developed economies, including the US, seeking to safeguard jobs for locals and raise the bar for foreign workers.

In the US, the Trump administration wants to replace the current lottery system with a more merit-based immigration policy.

A mere 17% of total US visas go to Indian companies and a number of American firms benefit from services provided by Indian firms, she noted.

India has time and again expressed hope that the review of H-1B visa process will take into consideration the positive relationship between the two countries.

Any change in visa norms can affect the movement of labour as well as spike operational costs for IT players.

In response to the proposed tightening of the visa regime, Indian IT firms have been ramping up hiring of locals in the US, a market that accounts for almost 60% of the India's technology export revenues.

On changes in the selection process for H-1B visa, the minister hoped that "where the high skill set is required, they (US) would look for that, rather than for first time graduates".

The selection for such visas is getting selective, but the "numbers are not changing".

"No need of getting panicky... Because the number of H-1B visas that we have got, we will continue to get that," she promised.

US President Donald Trump in April had signed an executive order for tightening the H-1B visa programme to stop its "abuse" and ensure the visas are given to the "most- skilled or highest paid" petitioners, a decision that is seen to impact India's $150 billion IT industry.

The Indian IT industry expressed serious concern over the issue as these visas were mainly used for short-term work in the US.

The H-1B is a non-immigrant visa that allows US companies to employ foreign workers in specialty occupations that require theoretical or technical expertise in specialised fields. Indian technology companies depend on it to hire tens of thousands of employees each year for their US operations.

The US market accounts for about 60% of the revenue of Indian IT.

Reforming the H-1B visa system was one of the major election promises from Trump. As per several US reports, a majority of the H-1B visas every year are grabbed by Indian IT professionals.

India accounts for the highest pool of qualified IT professionals, whose services go a long way in making American companies globally competitive.

ALSO READ: Tougher US regulations make Infosys not to apply for H-1B visas for junior-level employees; stock down nearly 2% in early trade