In what may further widen the two nations' row over tariffs and trade, the United States has reportedly told India it is considering caps on H-1B work visas for countries that force foreign companies to store data locally. 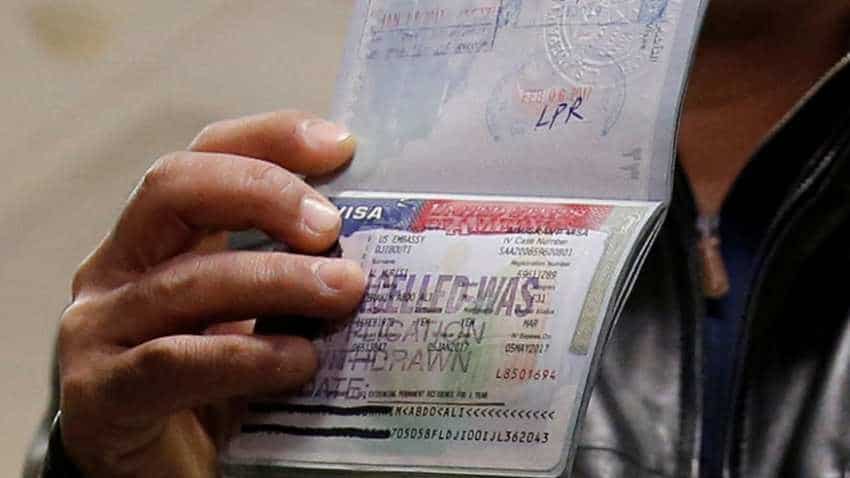 The U.S-based firms have lobbied hard against data localisation rules around the world. Representational image/Reuters

In what may further widen the two nations' row over tariffs and trade, the United States has reportedly told India it is considering caps on H-1B work visas for countries that force foreign companies to store data locally. News agency Reuters reported the development quoting sources familiar with the matter. Under the H-1B visa programme, skilled foreign workers are brought to the United States each year. The US' reported plan to curb  H-1B visa limit comes just days ahead of U.S. Secretary of State Mike Pompeo`s visit to New Delhi. India is the largest recipient of H-1B visas. The US warning comes as trade tensions between the United States and India have resulted in tit-for-tat tariff actions in recent weeks.

The U.S. government is reportedly planning to cap H-1B visas issued every year at 10-15% of the annual quota. Currently, there is no country-specific limit on the 85,000 H-1B work visas granted each year. As many as 70% of these are estimated to go to Indians.

Reuters quoted officials as saying that the US government's plan was linked to the global push for "data localisation". With data localisation, countries try to place restrictions on data to gain better control over it and potentially curb the power of international companies.

The U.S-based firms have lobbied hard against data localisation rules around the world.

A source said the US move was not solely targetted at India. The US is mulling restriction on H-1B as a response to global data storage rules.

Last week, India has announced its decision to raise customs duties on as many as 28 US products. These included almond, pulses and walnut. India's decision came in response to higher tariffs imposed by Washington on Indian products like steel and aluminium. The increased customs duties came into effect from Sunday last. The decision is expected to hurt American exporters of the 28 items. Also, such products would get costlier in the Indian market.