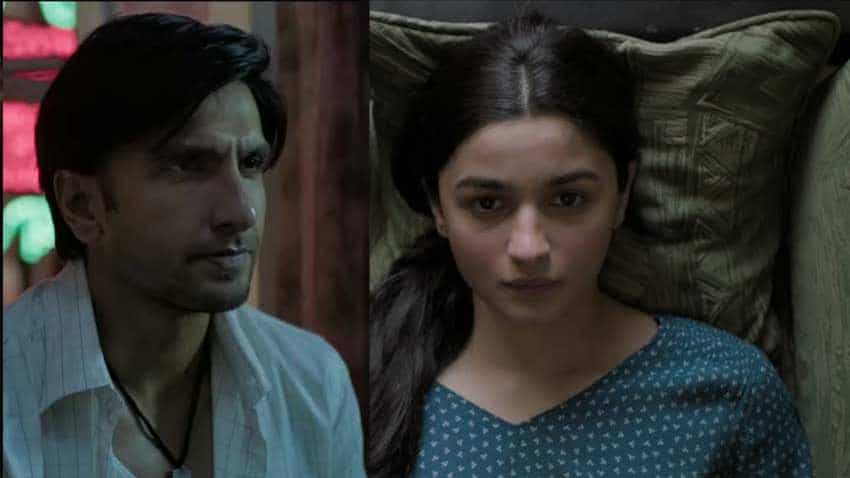 Gully Boy Box Office Collection Prediction: Directed by Zoya Akhtar and starring Ranveer Singh and Alia Bhatt in lead roles, Gully Boy is getting released on February 14 i.e. Valentines Day. The film is a story of a boy (Murad) born in Mumbai's ghetto. Murad (Ranveer Singh) dreams to be a rapper while his parents work hard to get him educated and want him to get a white-collar job. The film has so far received praise from all quarters and now awaits audiences response when it gets released tomorrow. Film critic and trade analyst Sumit Kadel has said that the film has registered good booking int he metro cities.

"Gully Boy advance booking is very good in the metro cities like Mumbai, Pune and Kolkata. The Ranveer Singh film may register a double-digit opening tomorrow. It's earning may stand somewhere between Rs 12 to Rs 15 crore," Kadel told ZeeBiz.com.

Kadel added that a good spot booking and increased booking for night shows may propel opening day numbers to Rs 16 crore. The film has a budget of Rs 60 crore.

Since no other big starrer is getting released with the film, the Ranveer and Alia starrer may have nine days free-run at the box office until the release of Total Dhamaal on February 22. Uri-The Surgical Strike will also not be a concern for the film as the film is now wrapping up its box office collections in most of the areas. The release of Gully Boy will also reduce the number of screens running Uri.