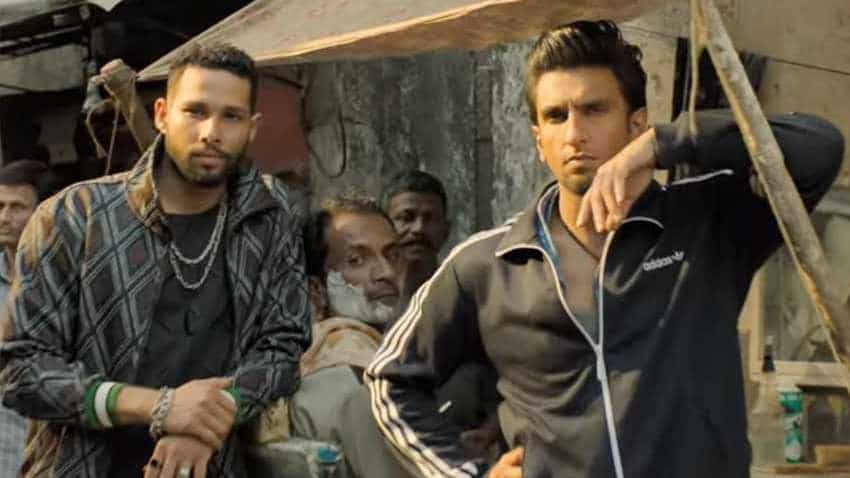 Gully Boy Box Office Collection: The Ranveer Singh and Alia Bhatt starrer Gully Boy is gradually inching towards Rs 100 crore mark. The film has earned Rs 5.5 crore on Wednesday, taking it earnings to Rs 93.8 crore. It's expected to enter the Rs 100 crore club in India in the next two days. The film had earned Rs 7.1 crore on Tuesday.

However, the multi-starrer comedy film Total Dhamaal may play a spoilsport for the 'Gully Boys'. Film trade analyst Sumit Kadel has told ZeeBiz.com that Gully Boy may see a sharp decline in its business after the release of Total Dhamaal. "Total Dhamaal makers are eyeing to release the film on 3200-3500 screens across India. It will replace Gully Boy not only from the majority of the single screens but also from the multiplexes," said Kadel explaining the rationale behind his argument.

However, the film critic has given a Hit verdict for the Zoya Akhtar film.

Total Dhamaal is being released on February 22.

Film critic and trade analyst Taran Adarsh said that Gully Boys has earned around Rs 42.7 crore at the overseas box office. This takes the film's worldwide total to Rs 136.5 crore.

Earlier this week, film trade analyst Akshaye Rathi had told ZeeBiz.com that Gully Boy and Total Dhamaal are quite different films and cater to different segments. While Gully Boy is aimed at youths, Total Dhamaal is a family comedy-drama film which will cater to every segment, therefore, Gully Boy will still be able to continue its earning in the range of Rs 2-3 crore, hinted Rath