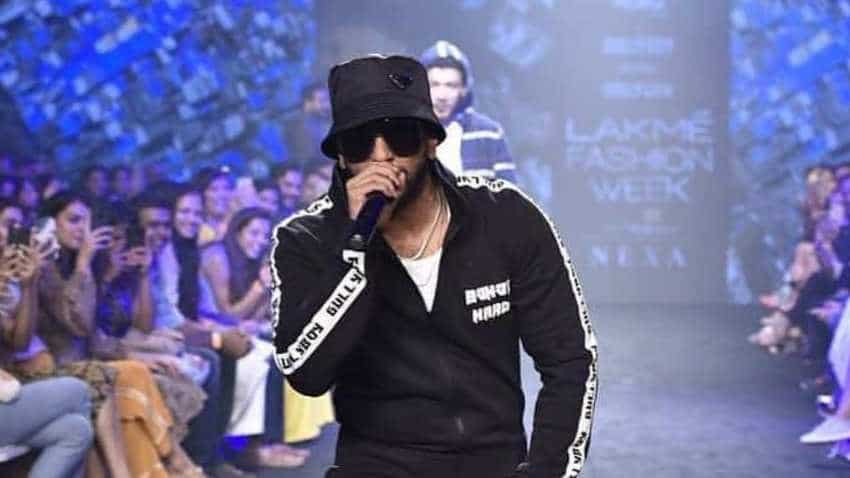 Gully Boy collection may not be able to touch those heights due to its niche subject but should do enough to add another hit in the actor's kitty. Source - Twitter/Ranveer Singh.

Gully Boy box office collection day 1: The new manifestation of perfection in Bollywood, Ranveer Singh and yes, Alia Bhatt too, could be up for one more moneymaking spree over the next few weeks as Zoya Akhtar directorial 'Gully Boy' opened to good occupancy rates across India and that means the film is set to earn big on day 1 itself. Last 12 months have been unbelievably good for Ranveer and if it wasn't enough to make his contemporaries envious - he is back in a brand new avatar - this time as Mumbai born boy Murad, a character loosely based on rapper Divine.

In 2018, Ranveer had two releases - Sanjay Leela Bhansali's Padmaavat and Rohit Shetty's Simmba. Both took the box-office by storm, setting new benchmarks in their respective genre. While Padmaavat ended the year as the highest grosser by minting over Rs 300 crore, Simmba almost touched the Rs 250 crore mark. In 2019, Ranveer is back with 'Gully Boy'.

Gully Boy collection may not be able to touch those heights due to its niche subject but should do enough to add another hit in the actor's kitty. Film trade analyst and critic Sumit Kadel tweeted on Thursday morning that the film has opened to 40 per cent occupancy across India. "#GullyBoy off to a very good start at the box office , film is registering 40% occupancy at Morning shows at major cities across India," he tweeted.

#GullyBoy off to a very good start at the box office , film is registering 40% occupancy at Morning shows at major cities across India.

Kadel told Zee Business Online that the first day collection of the film should be between Rs 12 crore to Rs 15 crore. But, with an extended Valentine weekend in its favour, the film is set to pick up pace over the next few days, especially if the word of mouth is good.

Gully Boy film also stars Alia Bhatt in an important role and she has proved her mettle as a versatile actress in last the few years with films like Raazi and Udta Punjab to her kitty. This is the first time she has paired up with Ranveer Singh, further raising the star power of the film.

The film also marks the debut of Siddhant Chaturvedi who was impressive as a young cricketer battling against corruption around the sport in Amazon Prime Original - Inside Edge.

Gully Boy's music is already a hit among the film lovers and what works in its favour is absolutely no competition at the box-office. While Uri has started to show the signs of slowing down, no other release of the last month has made a massive impact. However, Gully Boy will soon have to fight off the competition from 'Total Dhamaal' which releases on Feb 22.