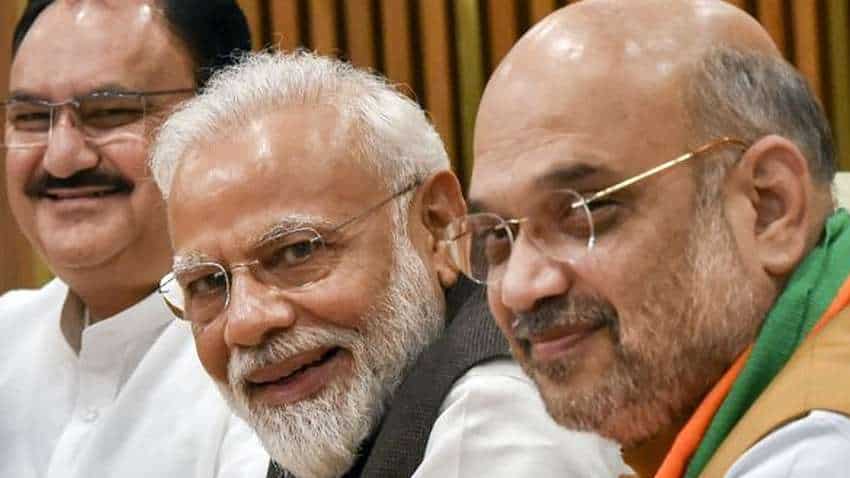 Here are all the details on the status so far of Gujarat Municipal Election Result 2021:-
Written By: Prashant Singh
RELATED NEWS

Gujarat Municipal Election Result 2021 LIVE UPDATES: The BJP on Tuesday appeared on course to retain power in six municipal corporations, winning 409 of the 474 seats where results were declared till evening.  Polling for 576 seats in Ahmedabad and five other civic corporations was held on February 21. The counting of votes began on Tuesday morning and is still underway. While Congress has won 43 of the declared seats so far, the Aam Aadmi Party (AAP), a new entrant in these elections, made impressive inroads by winning 18 seats so far. A total of 192 seats in Ahmedabad, 72 in Rajkot, 64 in Jamnagar, 52 in Bhavnagar, 76 in Vadodara and 120 in Surat were up for grabs in the elections. The AAP had fielded 470 candidates across the six corporations.

Here are all the details on the status so far of Gujarat Municipal Election Result 2021:-

"The people of Gujarat have provided a subject to political analysts who can now study how the concept of anti-incumbency does not apply in the state," he said.

"Many thanks and congratulations to all the winning candidates, BJP office-bearers, workers and the voters of Gujarat for the glorious victory of Bharatiya Janata Party in the elections," Patel tweeted.