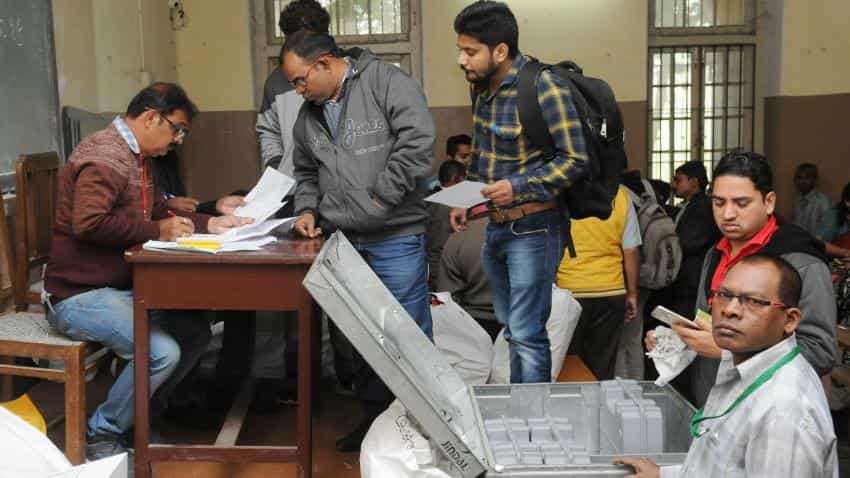 More than 70% voter turnout was recorded in the re-polling held on Sunday at six polling booths in four Assembly constituencies of Gujarat, said officials.

Following the Election Commission's (EC) directive, the polling was held at two booths each in Vadgam and Savli constituencies and one each in Viramgam and Daskroi constituencies.

While the Chhaniyana-1 and 2 booths of the Vadgam seat clocked a 74 and 73 per cent voter turnout respectively, booth number 27 in Viramgam recorded an 83-per cent turnout, said Gujarat's Chief Electoral Officer B B Swain.

Dalit leader Jignesh Mevani is contesting from the Vadgam (SC) seat as an Independent candidate supported by the Congress.

The EC had ordered the re-polling after the second phase of voting in the Gujarat Assembly polls, covering 93 seats of central and north Gujarat, on December 14.
However, the poll panel did not specify the reason for the fresh polling at these six booths.

The EC had also directed that the voter verifiable paper audit trail (VVPAT) slips of 10 booths in seven constituencies be taken into consideration during the counting of votes as the presiding officers of these booths had failed to wipe out the votes cast during the mock poll from the control units.

In the first phase on December 9, polling was held for the 89 seats of Saurashtra, Kutch and south Gujarat.

The counting of votes for all the 182 Assembly seats has begun on Monday with BJP in the lead at 56 seats and Congress at 32, as per live counting on DNA website.