With a sharp rise in milk production, member dairy unions of Gujarat Cooperative Milk Marketing Federation (GCMMF), which markets Amul brand of milk and dairy products, have cut price at which they purchase milk from farmers. 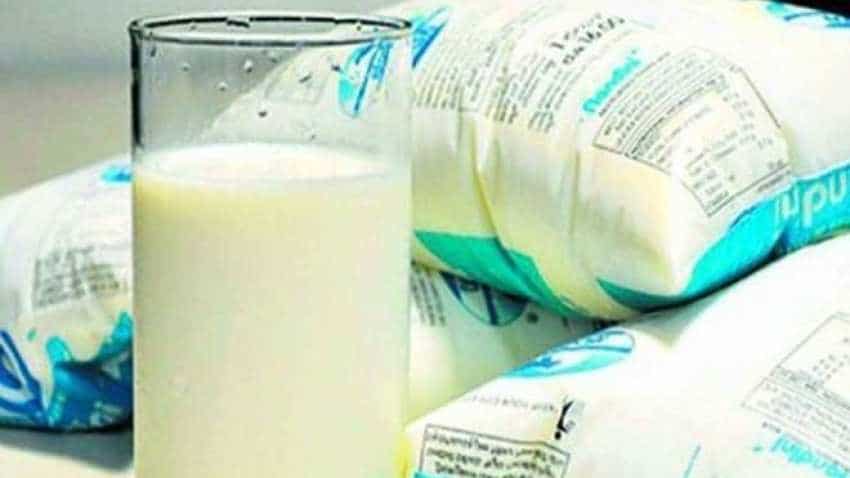 Milk supply to the GCMMF has increased to 200 lakh litre per day. Image source: Reuters
Written By: PTI
RELATED NEWS

With a sharp rise in milk production, member dairy unions of Gujarat Cooperative Milk Marketing Federation (GCMMF), which markets Amul brand of milk and dairy products, have cut price at which they purchase milk from farmers.

There has been a significant rise in supply of milk to dairy unions, with the GCMMF collecting around 200 lakh litre on the daily basis, which is around 16 per cent more than last year, its managing director RS Sodhi said.

"Milk supply to the GCMMF has increased to 200 lakh litre per day, which is 16 per cent more than the same period last year, as private dairy houses are not procuring milk from farmers," he added.

Rising milk production coupled with reduction in milk powder price has forced the member dairy unions to cut the price of milk procured from farmers, according to Sodhi.

GCMMF is the apex marketing body of all the 18 district dairy unions of Gujarat.

"There has been a sharp rise in procurement from member milk farmers. The price of powder has also gone down, so member cooperatives have been asked to reduce the price at the recently concluded board meeting. Other milk cooperatives in the state have also reduced procurement price," said Parmar, who is also the chairman of the GCMMF.

The KDCMPU has also increased the price of protein cattle feed supplied to milk producers, he said. Apart from this, loan given to farmers to purchase cattle has been suspended, he added.

Gujarat government recently offered a subsidy of Rs 300 crore on exports of around 60,000 tonne skimmed milk powder through the GCMMF amid slump in international milk prices.

The move, aimed to help the milk cooperatives ease inventory of around 1.10 lakh tonne of milk powder, is not enough to counter the rising milk production amid slump in demand for skimmed milk, said Parmar.

As per a recent India Ratings and Research report on the dairy sector, milk production in the country is expected to touch 186 million tonne in FY19, leading to a higher marketable surplus in the system.