Gir Somnath, Mar 9 (PTI) A court in Gir Somnath District of Gujarat has convicted seven people, including three tourists from Ahmedabad, and awarded them different jail terms for harassing a lioness in Gir forest in 2018. 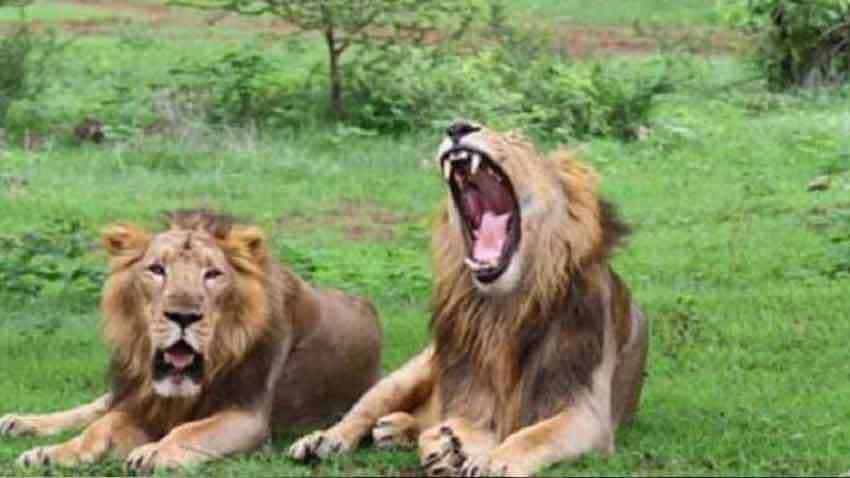 Gir Somnath, Mar 9 (PTI) A court in Gir Somnath District of Gujarat has convicted seven people, including three tourists from Ahmedabad, and awarded them different jail terms for harassing a lioness in Gir forest in 2018.
In an order issued on Monday, Judicial Magistrate First Class at Gir Gadhada, Sunik Kumar Dave, awarded three years' rigorous imprisonment to six of the accused, while another accused was sentenced to one-year in jail.

The court also directed the district collector to take custody of a land allotted to the family of one of the convicts in Dhumbakarea of Babaria range of the forest where the incident took place.
Eight people were arrested in May 2018 after a video clip surfaced on social media in which they were seen harassing a lioness by luring it with a chicken as bait.
The feline was seen making desperate attempts to grab the chicken and later got it, but not before the accused had their share of fun in teasing it.
The court awarded three years' sentence to six of the accused - Ilyas Hoth, Abbas Baloch, Altaf Baloch (from Gir Gadhada taluka in the district), and three tourists Ravi Patadiya, Divyang Gajjar and Rathinbhai Patel.
They were pronounced guilty under the Wildlife (Protection) Act Sections 2 (16)(B) (capturing, trapping or baiting any wild animal), 9 (hunting), 27 (restriction on entry in a sanctuary) and other provisions.
Besides, accused Magilal Meena was sentenced to one- year rigorous imprisonment after being convicted under Section 27 of the Act.
The magistrate also imposed a fine of Rs 10,000 fine on each of the accused, and directed for Rs 35,000 from the amount collected to be deposited to the lion welfare fund.
The court acquitted another accused, Hasambhai Koreja, for want of evidence against him.