In an exclusive interview with Anil Singhvi, Managing Editor of Zee Business, Dr Ajay Bhushan Pandey, Chairman, Goods and Services Tax Network (GSTN), said the GST system is stable now and about 70-80 lakh people are filing their returns every month. 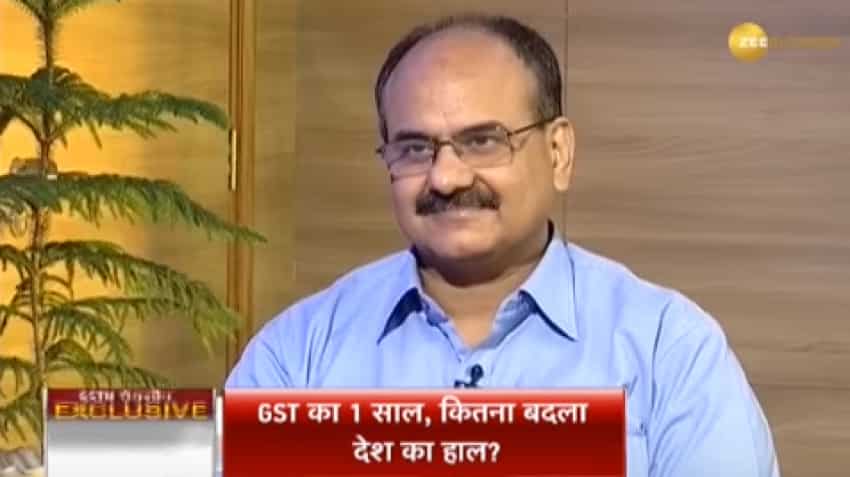 Dr Ajay Bhushan Pandey, Chairman, Goods and Services Tax Network (GSTN), in an exclusive interview with Anil Singhvi, Managing Editor, Zee Business, said that the GST system is stable now and about 70-80 lakh people are filing their returns every month. Here are edited excerpts from the interview:

Q: Can you share your experience of launching GST, the biggest tax reform in the country, right from its planning stage?
A: GST was launched on July 1, 2017, after undergoing a long process of discussion and consultation with state and central government. I would like to add something to One Nation, One Tax description that is used to define GST and the addition is 'One System'. This means a system that has subsumed taxes of 35 states and Union Territories as well as two central taxes, namely excise and service tax. In short, this 'One System' is facilitating crores of businessmen and taxpayers by providing a single interface, form and mechanism of filing their taxes. The system has been stable since January-February 2018 after facing some difficulties for some months after being launched for the first time on July 1.

Q: It means that the initial problems related to software have been sorted out and the complete system has been stabilised?
A: Yes, the system is stable now. In fact, about 70-80 lakh people are filing their returns every month and more than 357 crore invoices were processed through our system last month. These is the proof that the system is stable now. There could be some difficulties but it can be on an individual basis, which can happen due to certain mistakes that the person is making while filing his/her returns. If a taxpayer has made any mistake while filing the return, we have the provision in our system to help them.
In addition, we started a mechanism of simplifying the return system. It was simplified to help those taxpayers who have low or no transactions. Under the system, they are not supposed to follow all process of filing their returns. They can process their application just by answering two-three questions. A simple answer in form or 'yes' or 'no' helps them in getting their returns filed. The process was started in January, 2018. 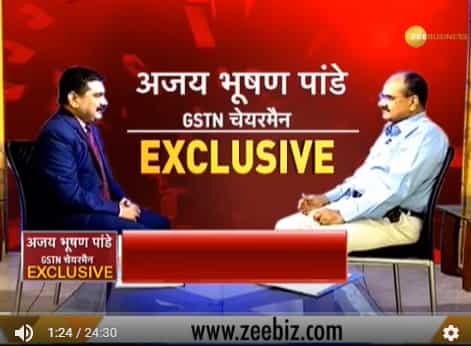 Q: The traders have a complaint related to input tax credit. They say even clerical level mistakes play the role of a villain and stops the processing of the returns there itself. Can you suggest the process that can protect the traders from such mistakes?
A: There are two ways and they are the IT system and then the contact centre. When it comes to IT system even a small mistake can stop your file from being processed. Guidelines have been issued to protect the filer from such mistakes.
In case of the contact centre, we respond to their calls and emails. Apart from this, we are empowering the taxpayers by educating them, the taxpayers, tax consultants and practitioners, and making them aware of the same.

Q: Still the exporters are facing problems related to input tax credit. They are not receiving the same. Can you let us know by when the problem will be resolved?
A: When there is a question related to exporters than I would like to say that yes, they should be paid the input credit refund for the goods that have been exported.
There are two classes of taxpayers. The first class consists of those who pay the IGST after exporting the goods and take back the input tax credit there itself. The second class includes those who don't pay any taxes while exporting the goods and they are supposed to contact the tax authority for claiming their returns by depositing the evidence of the inputs that were used in manufacturing the product. In this case, the exporters were facing technical glitches due to the availability of GSTR1, 2 and 3 to file their return. Following the difficulties of the taxpayers, GSTR 2 and 3 were sent into an abeyance because the purchase details were not easily available in the system. Now, the details are sent manually to the tax authority, who have been informed about the same. In fact, details related to the process of filing the returns have been uploaded on GSTN website.
Apart from this, we are working on a new return system that will have a single return system instead of GSTR 1, 2 and 3. Hope that system, which has been approved by the GST council,  will be launched in next few months. Its launch will help in simplifying the process.

Q: There is news that you are working on Reverse Charge Mechanism (RCM) and it will be launched in the month of July. Small traders feel that its implementation will result in losses. Will you like to say something to them?
A: The decision on implementation of Reverse Charge Mechanism will be made by the GST Council, which includes the representatives from central as well as state governments. We are just an IT implementation arm of GSTN, which is a network, and will abide by the decision that is made by the council.