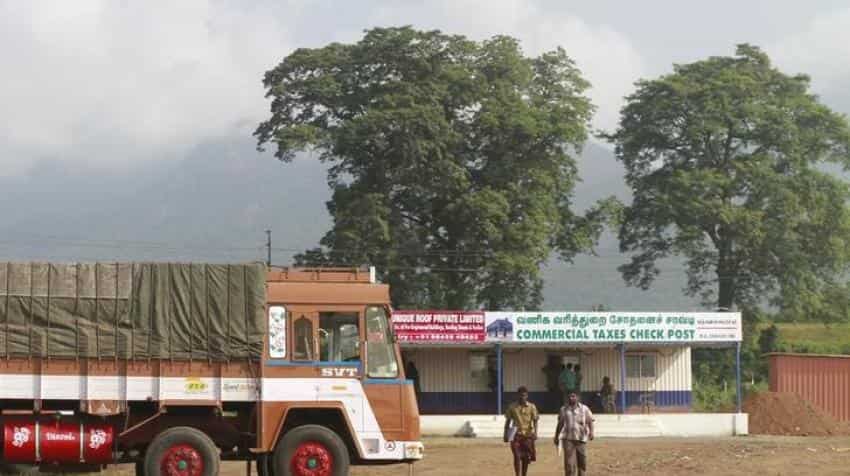 While the goods will have a multiple rate structure, no clarity is provided on rates applicable to services, said Prashant Deshpande of Deloitte Haskins & Sells. Image Source: Reuters
Written By: PTI
RELATED NEWS

A zero tax on daily necessities as well as lower rate of 5% for items of mass consumption will make the new Goods and Services Tax (GST) regime, to be rolled out from April next year, less regressive, tax experts said.

While the goods will have a multiple rate structure, no clarity is provided on rates applicable to services, said Prashant Deshpande of Deloitte Haskins & Sells. "Hopefully there will be a single rate structure."

Sandeep Chilana of Shardul Amarchand Mangaldas said while the present approach is a departure from international practice of single GST rate, this collaborative and consultative approach should successfully address the peculiar social, political and economic complexities in India.

Rajeev Dimri, Leader, Indirect Tax, BMR & Associates LLP said though zero rating of necessities is a welcome news, the actual benefit to consumer will depend on the items included in this category.

"Limiting the zero rating to food grains or agri products may not lead to any significant reduction on tax costs for the consumers," he said. "Lower rate of 5% for items of mass consumption along with zero rated tax structure for essential commodities would make GST less regressive and pocket friendly for common man."

Also, tax costs might even go down for commodities to be taxed at 5% provided the credits on procurements are fully allowed.

While the lists are yet to be rolled out by the GST Council, all essential commodities and services, including education and health care should feature in the list of special concessional rate of 5% (if not zero rated).

"The inflationary impact on standard rated commodities should be minimal but services may become dearer by getting pushed to 18% slab," he said.

ClearTax.Com CEO and Founder Archit Gupta said a lower rate could result in wider coverage which is the primary objective of GST. A lower rate could also lead to more spending hence a buoyant economy, leading to a beneficial environment for business.

Deshpande said in lowering the rate on common use items from expected 6% to revised rate of 5%, the interests of common man seem to have played a key role. It would be interesting to know what the government deems as common use items.

Krishan Arora of Grant Thornton India said while the consensus on rate structure among the Centre and the states seems to be a step closer towards timely implementation of GST, the essence of the multiple split tax rates will need to pass the test of industry acceptance on grounds of revenue neutrality and zero cascading across sectors specially goods falling in the 28% bracket.

On the top tax rate of 28%, Dimri said it may increase the tax burden for certain items since GST would create a higher tax incidence as it applies on final stage in comparison to excise duty which applies at intermediate stage of manufacturing.

"Critical to watch out for the list of commodities to be taxed at the highest slab of 28% as commodities covered in this bracket are likely to face a higher tax incidence than that under the current regime," Dimri said.

Stating that levy of cess on luxury items and demerit goods should be acceptable to the industry as these goods face a similar tax burden presently, he said dealing with another tier of tax would be administratively difficult to handle.

Also modalities around levy of cess, viz point of levy, credit eligibility etc will be critical aspects to watch out for.

"Levy of Compensation Cess on certain luxury and sin goods in addition to tax takes GST is taking a step backward from a true GST structure. Though proposed for initial five years, this would transit the complexities of existing tax regime to GST which could have been easily avoided," he said.

Deshpande said,"The increase in maximum marginal rates to 28% coupled with the announcement that it will attract to items which are currently taxed at rates in that range would mean that rate as a criteria would cease to play a role in evaluating benefits from GST for such products."

He said giving a sunset period for cess to be levied on luxury cars, tobacco and aerated beverages gives a certainty that is required for business decisions.

Uncertainty on rates for gold is not warranted as gold is a key determinant of the rate structure, he added.

M S Mani, Senior Director, Deloitte Haskins & Sells said it is also necessary to ensure that majority of manufactured products are kept at 18% and the temptation to push more products into the 28% slab should be resisted.

"The classification of goods into the four rate slabs should be done very carefully ensuring that 5%, 12% and 18% are applied in a fair manner without much scope for arbitrage across slabs," he said.

A four-rate slab, he said, is a good beginning and a lot of focus would now go to the product classification.

"In addition to revenue neutrality that was mentioned as the guiding principle, a proper fitment of products considering present usage patterns would be essential. This is due to the fact that products viewed as non essentials or luxury in the past are in many cases viewed as necessities now," he said.

On levying of cess on sin goods, Arora said the logic seems to be to ensure adequate revenue to Centre for compensating states over next 5 years, however the same should not adversely impact the ultimate tax costs of such goods and to the extent possible.