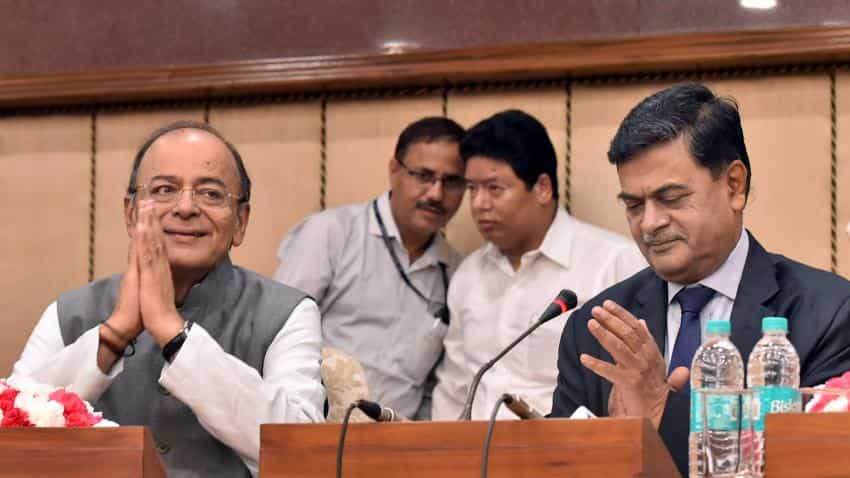 GST Council meet: E-way Bill will be implemented from April 1 for inter-state movement of goods, said Finance Minister Arun Jaitley today. "Present system of GST return-filing extended by three months," Jaitley added. It was announced today that businesses will continue to file summary sales return GSTR-3B till June. The GST Council extended the present system of return filing by three months. Briefing reporters after the GST Council meeting here, Finance Minister Arun Jaitley said electronic way or e-way bill for movement of goods between states will be implemented from April 1. However, for intra-state movement the e-way bill would be rolled out in a phased manner beginning April 15 and will cover all the states by June 1. The Council could not decide on a simplified GST return form and entrusted the ministerial panel under Sushil Modi to chalk out a single page form which is simpler and evasion proof. Jaitley said the current system of GST return filing has been extended by three months. Besides, tax exemptions to exporters have also been extended by six months to September. Currently, the last date to file returns is March 31, 2018.

Notably, yesterday, over 1.03 crore businesses have registered under the Goods and Services Tax (GST) regime and the implementation of the biggest indirect tax reform has been smooth so far, Parliament was informed today. As on March 2, a total of 1,03,99,305 taxpayers are registered under GST, which include 64.42 lakh taxpayers who have migrated from the erstwhile tax regimes and 39.56 lakh who have taken new registration under GST, Minister of State for Finance Shiv Pratap Shukla said.

"As a result of the sustained efforts made by the government to make GST trade friendly, the implementation of GST in the country has been smooth so far," Shukla said in a written reply to a question in the Lok Sabha. GST was rolled out from July 1, 2017, and based on the feedback received from stakeholders the GST Council, headed by Finance Minister Arun Jaitley and comprising state counterparts, has made a host of changes in GST norms and procedures.

GST has subsumed over a dozen local taxes, including excise duty, service tax and VAT. The Central Board of Excise and Customs (CBEC) has set up a national call centre to reply to queries which is functional round the clock, Shukla said.
"The tax payer can raise a query via toll free phone number 18001200232 or by sending an email to cbecmitra.Helpdesk@icegate.Gov.In," he said.

In addition, GST Network has set up a help desk with phone number 0120-4888999 to answer software related queries.