The meeting was chaired by Finance Minister Arun Jaitley. 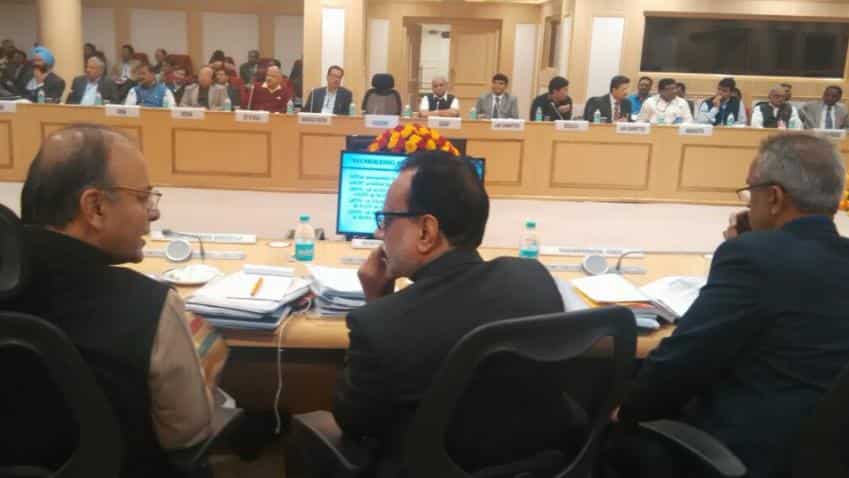 This was the ninth meeting by the GST Council. Photo: Ministry of Finance
Written By: ZeeBiz WebTeam
RELATED NEWS

On the last day of the GST Council meet a consensus still eludes over the issue of dual control of assesses. The Council to meet again on January 16.

The meeting was chaired by Finance Minister Arun Jaitley.

Yesterday, Thomas had said that the GST roll out 'definitely' not happening in April. "Cess on GST rate will be imposed on items other than demerit, luxury goods to compensate states for revenue loss from GST."

Moreover, Issac had said, "Post demonetisation, more than Rs 55,000 crore will be needed to compensate states for revenue loss from GST."

This was the ninth meeting by the GST Council. The first meeting took place on September 22, 2016 and the last one happened on Tuesday.