Want to register for GST? Now, you will only need Aadhaar! The 35th GST council meet today decided to ease the registration process for Goods and Services Tax (GST). 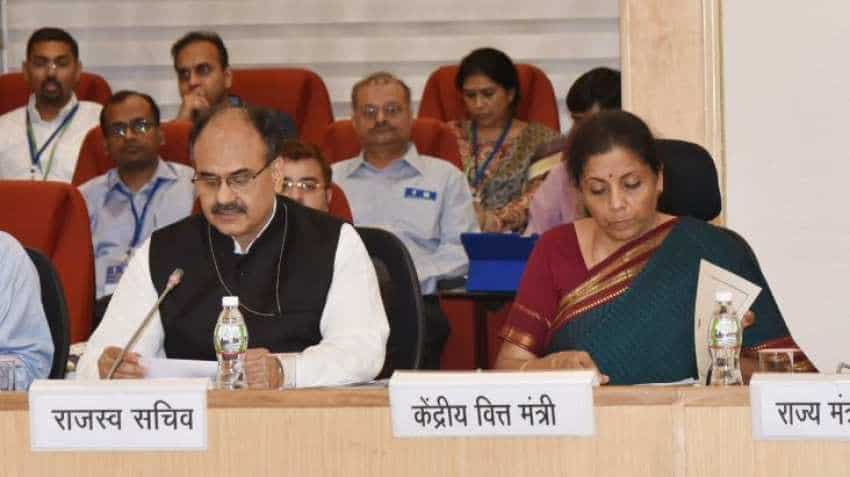 Want to register for GST? Now, you will only need Aadhaar! The 35th GST council meet today decided to ease the registration process for Goods and Services Tax (GST). Revenue Secretary Ajay Bhushan Pandey told reporters that now Aadhaar will be used instead of various documents used earlier. "One of the major changes that we've made is for the ease of GST registration. In the earlier system, people had to give various documents. Now we have decided to use Aadhaar. By using Aadhaar several advantages will occur to the business," Pandey said.

"The person who is applying can go online, using his Aadhaar number through OTP authentication he can register himself on the GSTN portal & get GSTN registration number," Pandey added.

The revenue Secretary also said that dealers with turnover up to Rs 5 Crore will be now filing quarterly and those above Rs 5 crore will be filing monthly returns. Composition scheme for service providers, a decision which was taken in GST Council a few months back and done through a notification will be made a part of the law, he said.

Finance minister Nirmala Sitharaman chaired the GST council meeting for the first time. She said that Friday's GST Council meeting was the first after the new government has been formed. Sitharaman said, "We had all states, represented by ministers, except Karnataka, Mizoram & Telangana. I had spoken to all the 3 Chief Ministers last evening."

"They very clearly said because of their predetermined commitments...for instance in Mizoram budget session of the Assembly is going on, Karnataka - because of the drought situation the CM had to go to drought-affected northern districts of the state," the Finance Minister added.