The government is hopeful of meeting its fiscal deficit target of 3.3% of gross domestic product (GDP) in an election year. About 3-4 months have gone by, but there is no evidence of excessive populist expenditure on the fiscal side, says Department of Economic Affairs (DEA) secretary Subhash Chandra Garg. 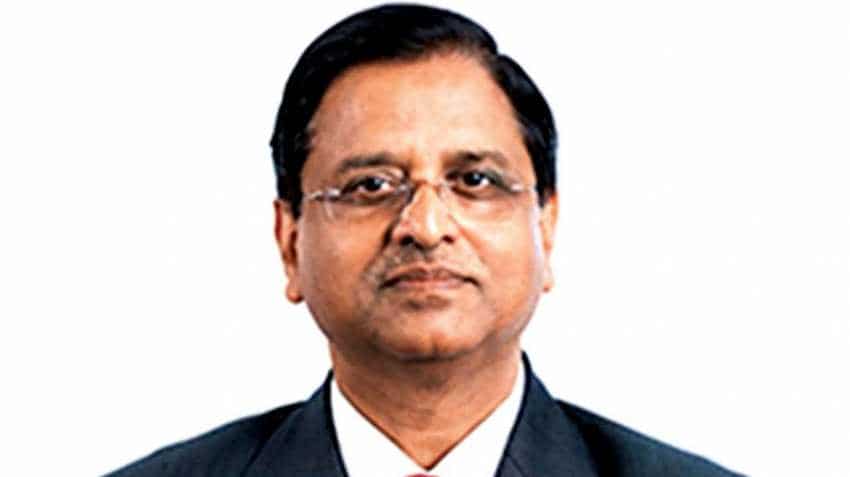 As far as supplementary grant is concerned, we had a commitment towards Air India for around Rs 2,000 crore as part of the turnaround plan. Image source: DNA

The government is hopeful of meeting its fiscal deficit target of 3.3% of gross domestic product (GDP) in an election year. About 3-4 months have gone by, but there is no evidence of excessive populist expenditure on the fiscal side, says Department of Economic Affairs (DEA) secretary Subhash Chandra Garg in an interview with Anjul Tomar. On the impact of the recent GST rate cuts on about 100 items, he says, it will be taken care of by rising expenditures. Meanwhile, the government is keeping a watch on crude oil prices.

Once the rains set in, working is affected. Expenditure starts picking up in the third quarter, and in the fourth quarter relatively larger expenditure takes place.

But the way first quarter has turned out, I would not think there is any serious concern about the fiscal deficit slipping the budgeted target. In fact, it is more reassuring that the first quarter performance indicates that we should be able to have a  financial turnout finally as per the Budget.

There are concerns about the state of public finances in the months ahead. The fiscal situation could come under further pressure in an election year. Do we need relaxation in fiscal deficit numbers this year?
Elections are associated with larger expense. But you have to look at the evidence. Three to four months have gone by, we haven’t seen any evidence of excessive populist expenditure on the fiscal side.

The impact of minimum support price (MSP) comes quite late on the fiscal side. It is much smaller this year. Basically, the impact comes next year. Air India was not supposed to yield much as part of the disinvestment.

As far as supplementary grant is concerned, we had a commitment towards Air India for around Rs 2,000 crore as part of the turnaround plan. This we had already partly budgeted, believing that possibly the AI disinvestment will take place. Since that has not taken place, we again budgeted for what was originally envisaged.

What kind of impact the recent tax cuts on about 100 goods will have on the government revenues?
I don’t think rate cuts will have any impact on our revenues. Expenditures are rising. Consumption is rising. There would always be some impact of rate cuts. Hopefully, it will be taken care of by the rising consumption and expenditure. It is very difficult to visualise item by item impact. It is better to watch out for real performance.

How do you plan to deal with the worry on rupee front?
The situation is not that serious. July is gone. The foreign portfolio investors are turning around. There is a positive flow after three months of outflows. And there is a certain kind of stability in the foreign exchange market, even the rupee rate. Of course, options are available if need be.

Do you agree to the Reserve Bank of India’s (RBI’s) prognosis of the state of the economy?
They have said that the growth will be 7.4%. Inflation will be 4.8-4.9%. That part we certainly agree with. A lot of it is also global movement. So, by and large we agree with the RBI.

How does the government plan to tackle oil price situation?
Purchases from Iran are likely to slow down from August and will stop from November after US sanctions.  You have to see the oil market. So oil went beyond $88 per barrel at some point of time. It is back to $72-73. There is much more confidence in the market that supply situation is reasonably good. There are moves to take care in case the Iranian oil goes out of demand. We will have to wait and watch the oil situation.

Are you looking at streamlining multiple taxes in telecom sector or will companies also get some relief in terms of lowering of taxes?
The taxes charged from telecom firms are based on their contractual obligation, whether it is spectrum price, licence fee or USOF levy. The companies have willingly agreed to pay the taxes as part of the regulatory arrangement under which they bid and take contracts.