GSTN is building a network that will not just integrate the assessees paying service tax, excise and other local levies. 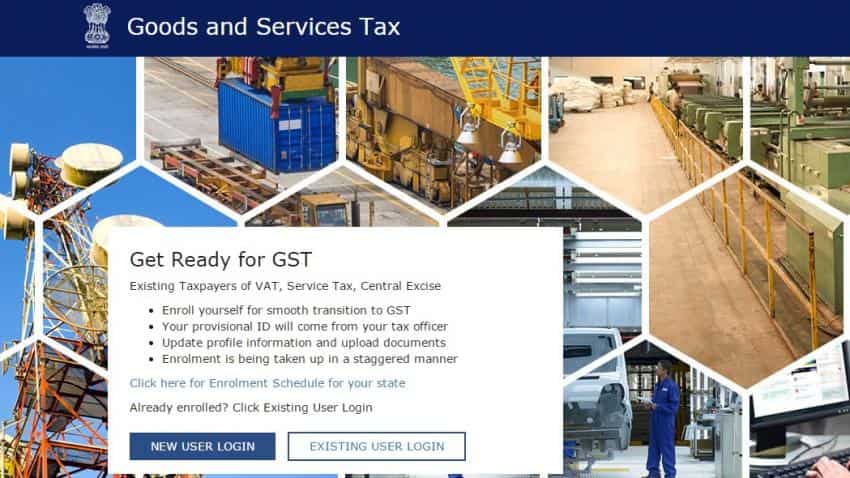 The GSTN is building four data centres spread across Delhi and Bengaluru to ensure that the data is safe. Photo: Official Website

A new and simpler portal for the incoming Goods and Services Tax regime went live on Tuesday that will enable easy filing of returns and tax payments through credit/debit cards and other modes.

As much as 60% of the software needed to run GST is ready and GSTN - the company building the gigantic infrastructure and IT backbone for it, made the www.Gst.Gov.in portal live for migrating existing tax payers.

It will test the software for integrating a welter of state and central levies before the 'one market, one rate' tax model comes into being from April next year.

A provisional identification number, called GSTIN for the assesses who have moved to the new portal is being generated, Kumar told PTI. New registrations under GST will start from April 2017.

On the new portal, businessmen and traders who currently have to file separate returns for array of indirect taxes like excise duty, service tax and VAT, will file a single monthly return and pay tax online through various payment cards, including credit and debit, he said.

GSTN is building a network that will not just integrate the assessees paying service tax, excise and other local levies, but will also help in building the IT backbone for online registration, refund, return filing and tax payment.

"Because we started work in November 2015, today we are in a happy position that 60% of the software development has been completed; 40% is balance and that work is going on," Kumar said.

The GSTN is building four data centres spread across Delhi and Bengaluru to ensure that the data is safe, secure and to ensure data recovery, whenever required.

Kumar said GSTN has started importing hardware and by December all equipment would be ready and testing would start.

"About 80 lakh tax payers will be migrated from the existing to GST regime. That migration we are starting now. We will generate a PAN-based provisional ID for each tax payer. By December, all the hardware equipment will be ready. Then, the software will be put on the data centre and then the testing will start," he said.

Under the GST regime, taxes can be paid using debit, credit cards as well as through NEFT/RTGS transfers.

Explaining how the Central Board of Excise and Customs (CBEC) has been preparing itself for GST, Kumar said CBEC started a project in 2012 to ensure that all dealers in the state have their PANs validated.

Since 90% of the dealers now have a validated PAN, it will be easy to generate GSTIN.

"We are sending GSTIN to the state governments and central government so that they can be passed on to existing tax payers. The tax payers will have to log in to the portal using the GSTIN and password and fill in the basic information about the firm," Kumar said.

Traders will have six months time after the roll out of GST to submit their information. "But we are trying to persuade tax payers to do it as soon as possible. The existing tax payer data will start migrating in November. We want to migrate it within 3 months but law says it will remain open for 6 months," he said.

Registration with the GSTN portal will help traders to claim input tax credit and file returns and claim refunds. While normal dealers will have to file monthly returns under the GST regime, those traders with a turnover of up to Rs 50 lakh and availing compounding/composite scheme will have to file tax returns quarterly.