Briefing reporters after the 20th meeting of GST Council, Finance Minister Arun Jaitley said all goods worth over Rs 50,000 will have to be pre-registered online before they are moved for sale beyond 10 km. 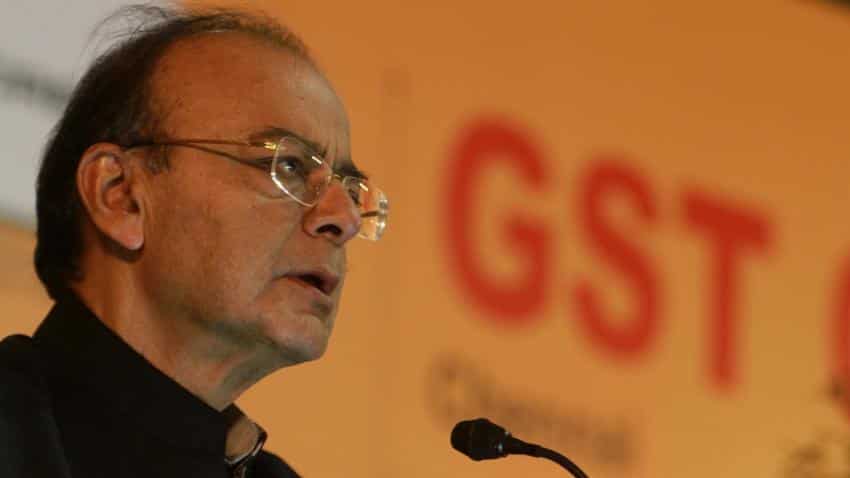 The GST rates on textile job works like stitching and embroidery, and tractor parts were today cut while e-way bill provisions relating to online pre- registration of goods before transportation were relaxed.

The all-powerful GST Council, headed by Finance Minister Arun Jaitley and comprising representatives of all states, decided to tax all job works in the textile sector, from embroidery to weaving, at 5% instead of previously decided 18%.

This 5% rate will be applicable for job works in apparel, shawls and carpets. To make farm equipment cheaper, tractor parts would attract the Goods and Services Tax (GST) rate of 18% instead of 28% previously. Government work contracts would attract 12% GST with input tax credit, Jaitley said.

The Council also gave in-principle approval to anti- profiteering measures and setting up of a Screening Committee in 15 days to see if tax reductions after implementation of GST have been passed on to consumers.

Briefing reporters after the 20th meeting of the Council, Jaitley said all goods worth over Rs 50,000 will have to be pre-registered online before they are moved for sale beyond 10 km.

GST-exempted goods have been kept out of the purview of e-way bill-- a minor relaxation from draft rules which required for all goods to be pre-registered under the e-way bill provision. The e-way bill mechanism is likely to come into force by October 1.

The permits thus issued would be valid for one day for movement of goods for 100 km and in same proportion for following days.

He said more than 71 lakh central and state taxpayers have migrated to the GST system and have completed registration. Another 15.67 lakh new applications for registration have been received.

He appealed to businesses to pass on the benefit of the reduced tax under the GST to consumers, failing which the anti-profiteering mechanism will be triggered.

The Council will meet next on September 9 in Hyderabad during which it will take up the issue of many rice millers deregistering their brands to escape taxation under the GST.

Jaitley said that the GST Council has given in-principle approval to pan India e-way bill. "There will be no check post. The process will be technology-driven and human intervention would be minimised. It will be reviewed going forward," he said.

With regard to anti-profiteering provision, Jaitley said many businesses are not passing the benefit of tax rate reduction under GST.

"The market mechanism should compel that they give benefit of input credit," he said, hoping that there would be "minimal" use of anti profiteering provision and the provision should itself act as a deterrent.

Revenue Secretary Hasmukh Adhia said that states will set up their respective screening committee within 15 days and the Centre will also set up the Standing Committee in same time frame.

These committees would be the first point for receiving profiteering complaints. The Council in its meeting today also decided to exempt goods and services related to Junior FIFA World Cup which will be hosted by India.

Commenting on the decision, Pratik Jain, Partner and Leader Indirect Tax, PwC said exemption from e-way bill for exempted products or transportation within 10 km provides some relief to the industry.

"However, for real benefit of GST to be realised, it is important that supply chain bottlenecks are reduced. It is debatable as to whether e-way bill is required at all or transport documents including copy of the invoice should suffice," he said.

Also, reduction of rate on job work relating to textile sector is a good news for the industry and would reduce the invested duty structure in the sector.

Finance Minister also talked about the issue of registered trademark on food products where 5% tax is being avoided. "Hopefully, this issue will be sorted out in the next meeting," he said.

On the appeal made to industry to pass on the benefit of input credt, he said it is good to see that the Government has taken a more consultative approach on anti-profiteering measures and for avoiding price increase.

However, industry would expect a clear guideline as how the profit on account of GST needs to be computed, he said.

Vishal Raheja, Senior Consultant, Taxmann said currently, taxpayers are facing difficult in absence of centralised way bill as every State has made its own rules but after e-way bill rules are notified, there will be common procedure all- over India.

"The major relief is that dealers engaged in supply of only exempted goods are not required pre-registration for movement of their goods," he said.