The government aims to roll out GST, which will subsume excise, service tax and local levies, from April next year. 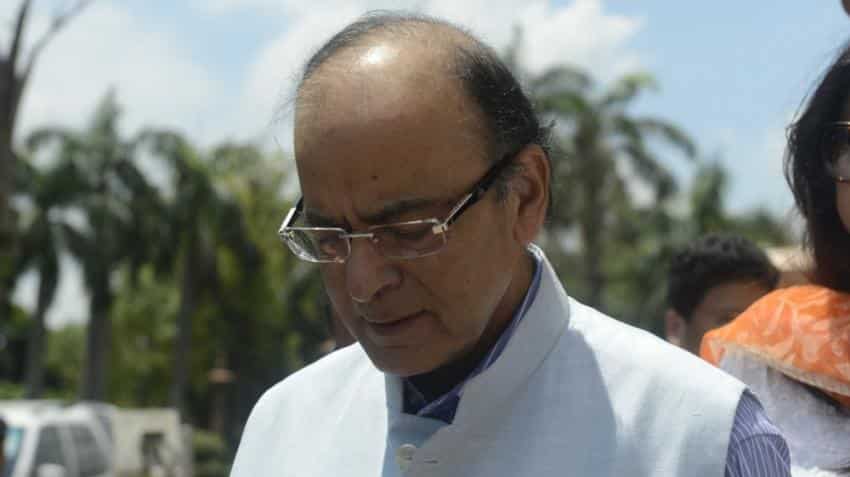 Officers of both central and state governments will meet tomorrow and try to workout a solution. Photo: IANS
Written By: PTI
RELATED NEWS

The Centre and states on Sunday failed to reach a consensus on who will control which set of assessees under GST. The GST Council will meet again on November 25 to work out the modalities.

The informal meeting of Union Finance Minister and his state counterparts was called to break the political deadlock on sharing of administrative control under the proposed goods and services tax (GST) regime.

"The meeting has remained incomplete. Discussions will continue on November 25," Finance Minister Arun Jaitley told reporters after the meeting.

Today's meeting, which came ahead of the formal meeting of the all powerful GST Council on November 25, was held after the Centre and states were deadlocked over the issue at two previous meetings.

The government aims to roll out GST, which will subsume excise, service tax and local levies, from April next year. Officers of both central and state governments will meet tomorrow and try to workout a solution.

States like Uttarakhand, West Bengal, Uttar Pradesh, Tamil Nadu and Kerala have insisted on exclusive control over small businesses, which earn less than Rs 1.5 crore in annual revenue, for both goods and services.

They feel states have infrastructure deployment at grassroot level and small taxpayers are familiar with state authorities.

The Centre, on the other hand, is unagreeable to the demand as it wants single registration mechanism for ease to service taxpayers.

Instead of horizontally splitting the taxpayers -- tax payers with Rs 1.5 crore revenue with states and those above with Centre -- it has proposed to divide entire taxpayer base vertically, wherein taxpayers are divided between the Centre and states in a fixed proportion.

As a compromise, it is willing to give states administrative power over 2/3rd of the taxpayer base, with service tax continuing to be administered by Centre.

An official said the informal meeting was held sans civil servants to arrive at a political solution. Uttarakhand Finance Minister Indira Hridayesh said states demanded control over both goods and service tax assessees of Rs 1.5 crore and below.

At present, the estimated total indirect tax payer base, including value-added tax, service tax and excise, is around 10 million, of which around 0.4 million are common to the Centre and the states.

Under the new system, the states and Centre will collect identical rates of taxes on goods and services. For instance, if 18 percent is the GST rate on a good across the country, the states and the Centre will get 9 percent each, called the CGST and SGST rates.

The Centre will also levy and collect the Integrated Goods and Services Tax (IGST) on all inter-state supply of goods and services. The IGST mechanism has been designed to ensure seamless flow of input tax credit from one state to another.

The dual control issue, which was deadlocked in the third and fourth GST Council meetings, has risen because multiple taxes levied by the Centre and the states at present will now be integrated into one tax under the GST regime, which is aimed at removing inter-state barriers to trade and integrating India into one common market.

The next GST Council meeting is to finalise four supplementary bills dealing with CGST, SGST, IGST and the compensation law.

At the last meeting, the Council agreed on a four-slab structure 5, 12, 18 and 28% along with a cess on luxury and 'sin' goods such as tobacco.

Jaitley had earlier this month stated that the proposed GST needs to be rolled out by September 16, 2017, within one year of the Constitution (101st Amendment) Act, 2016 being brought into force.