Discussions on the draft Goods and Services Tax (GST) Bill, including the overall framework, and the Information Technology process of the GST are on the agenda of the two-day discussions,West Bengal Finance Minister Amit Mitra told IANS earlier. 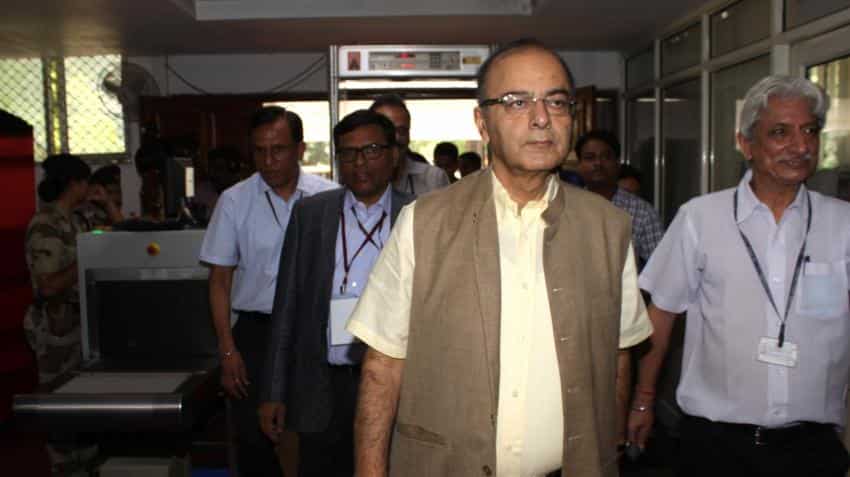 Union Finance Minister Arun Jaitley is attending a meeting of Empowered Committee of State Finance Ministers in Kolkata on Tuesday to nudge the states to arrive at a consensus on the Goods and Services Tax (GST) Bill.

Twenty-two states are represented at the meeting, which began in the morning, by their finance ministers. West Bengal Finance Minister Amit Mitra is chairing the closed-door meeting, said a state government official.

Discussions on the draft Goods and Services Tax (GST) Bill, including the overall framework, and the Information Technology process of the GST are on the agenda of the two-day discussions, Mitra told IANS earlier.

The meeting would also deliberate upon finding ways and means to resolve issues between the states and the Centre on the GST.

However, the contentious issues of the GST rate, the dispute settlement mechanism and 1% additional tax are not a part of the agenda.

The meeting here follows West Bengal Chief Minister Mamata Banerjee's declaration of support to the GST, which has come as a boost for the National Democratic Alliance (NDA) government's efforts to get the bill passed in the Rajya Sabha in the monsoon session starting next month.

The bill for a pan-India GST to thoroughly overhaul India's indirect tax regime, first mooted by the Congress-led United Progressive Alliance (UPA) regime at the Centre, has been passed by the Lok Sabha, but is stalled in the Rajya Sabha where the ruling NDA lacks a majority.

The states will draft their own State GST (SGST) bill based on the draft model law with minor variations, incorporating state-specific exemptions.

The Centre and the states will also have to approve the integrated GST law or iGST, which will deal with inter-state movement of goods.

The Constitution amendment bill needs to be ratified by more than half of the states.