With this, rollout of GST - the biggest tax reform since independence - has entered the last lap and its passage by Parliament will pave the way for integrating India as one market with one rate of tax replacing multiple state and central levies. 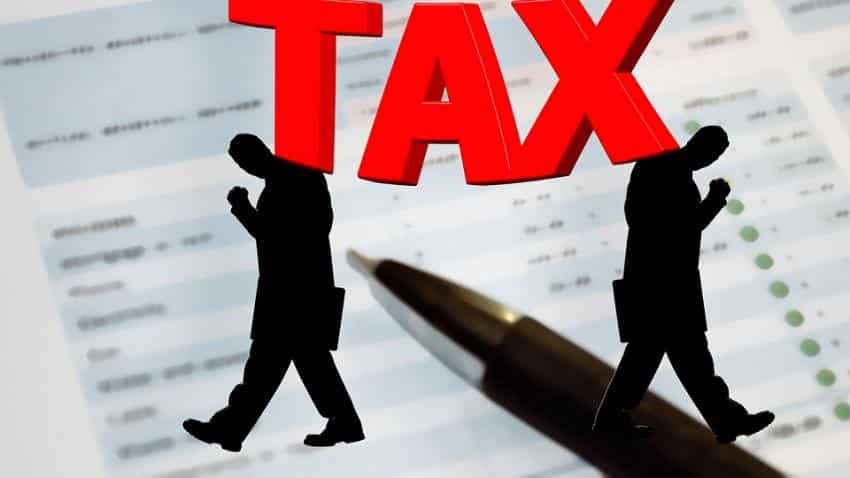 Finance Minister Arun Jaitley on Monday introduced in Lok Sabha four bills on Goods and Services Tax, providing for a maximum GST rate of 40%, an anti- profiteering authority and arrests for evading taxes.

With this, rollout of GST - the biggest tax reform since independence - has entered the last lap and its passage by Parliament will pave the way for integrating India as one market with one rate of tax replacing multiple state and central levies.

CGST provides for a maximum tax of 20%.

Actual rates would however be a four-tier tax structure of 5, 12, 18 and 28% as approved by the GST Council. The peak rate of 40% is only an enabling provision for financial emergencies.

A Union Territory GST Bill will take care of taxation in UTs of Chandigarh, Andaman and Nicobar Islands, Lakshadweep, Dadra and Nagar Haveli and Daman and Diu.

A Bill on Integrated-GST -- to be levied and collected by the Centre on inter-state supply of goods and services, was also introduced in the Lok Sabha.

The IGST law provides for a maximum tax of 40%.

Jaitley also introduced a fourth legislation called GST (Compensation to States) Bill, 2017 that provides for mechanism for making good any loss of revenue of states from introduction of GST in first five years of rollout.

These four bills will be taken up for discussion together.

Another mirror legislation of CGST, called State-GST, will amalgamate all state taxes like VAT, will be levied by states and has to be approved by all state legislatures. Together, CGST and

SGST will enable the GST incidence of 40%. GST will not apply to Jammu and Kashmir.

The CGST Bill also provides for e-commerce companies to collect tax at source at a rate not exceeding 1% of net value of taxable supplies, out of payments to suppliers supplying goods or services through their portals.

To protect small businesses, the CGST provides for a tax of no more than 1% of turnover for manufacturers with annual turnover of up to Rs 50 lakh. A 2.5% tax is prescribed for suppliers.

To ensure that benefit of lower taxes is passed on to consumers, an anti-profiteering measure has been incorporated in the law.

The law provides for arrest, ordered by no less than a Tax Commissioner, in case of suppression of any transaction or evading taxes. A person convicted is punishable by up to 5 years of imprisonment and/or fine.

The Compensation Law provides for levy of cess on top of the peak rate of approved tax (28% presently) on paan masala, tobacco, aerated waters, luxury cars and coal to create a non-lapsable fund for compensating states.

Compensation will be paid bi-monthly and the amount due would be calculated after considering a 14% growth rate in taxes over the base year of 2015-16.

Touted as the biggest taxation reform since independence, GST is expected to boost GDP growth by up to 2%. The government proposes to roll out GST by July 1.

"The Integrated Goods and Services tax Bill provides for ...Tax on all inter-state supplies of goods and services or both except supply of alcoholic liquor for human consumption at a rate to be notified not exceeding 40%, as recommended by the GST Council," said the statements of objects and reasons of the IGST bill.

The 40% would be apportioned equally between the Centre and the states.

As Jaitley introduced the bills in the Lok Sabha, Opposition, Congress and TMC, protested saying it was not listed in today's agenda for the House.

Minister of State for Parliamentary Affairs S S Ahluwalia said the bills were uploaded on the government website on the midnight of Friday.

The Opposition MPs, however, took strong objection saying how could the government expect the members to check the website at midnight and why the issue was not discussed at the meeting of Business Advisory Committee last week.

Dismissing the opposition objections, Speaker Sumitra Mahajan said the bills were sent to the MPs on Saturday morning and there was nothing wrong in these being tabled.

The GST Council, comprising Union Finance Minister and his state counterparts, has already approved the 4 legislations over a series of 12 meetings. The Council will meet again on March 31, and will finalise the rules and formats for the new indirect tax regime.

Deloitte Haskins Sells LLP Senior Director M S Mani said the introduction of the bills "mark the successful culmination of a series of steps taken by the government since August 2016 and it now appears certain that India is headed for a GST rollout from July 2017".