GST Council to meet today; relief for MSMEs, exporters on the agenda

The 22nd GST Council Meeting is likely to discuss a special package for the micro, small and medium enterprises (MSMEs) and exporters. 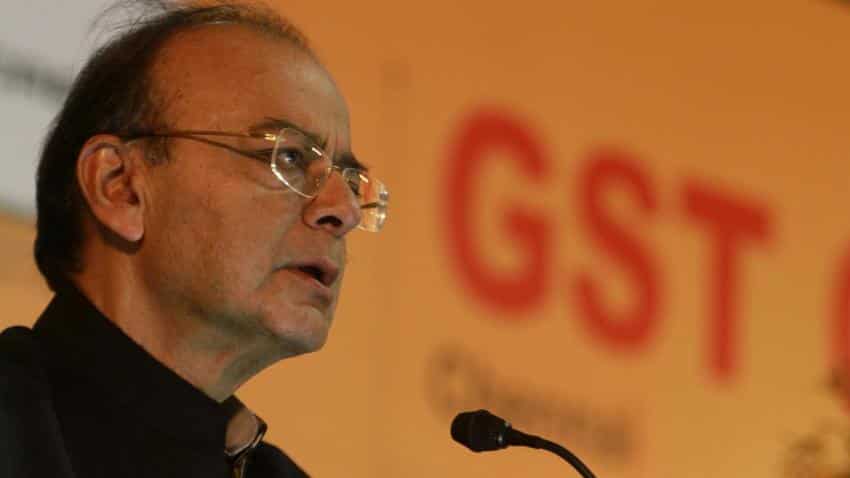 GST Council meet tomorrow; exporters may get some relief

RBI on GST:Adverse impact on mfg, may delay investment revival

The Goods and Service Tax Council (GST Council) is scheduled to be held on Friday and will be chaired by Finance Minister Arun Jaitley. The 22nd GST Council Meeting is likely to discuss a special package for the micro, small and medium enterprises (MSMEs) and exporters.

Among other things on the table for discussion, it will address the concerns of exports, this is as the government explore ways to fix an unexpected slowdown in economic growth.

The package is expected to ease the tax compliance requirements faced with these MSME business.

This comes a day after Prime Minister Narendra Modi in defending the government's track record in handling the economy, said that both demonetisation and GST were structural reforms, but if any sector needs temporary assistance due to this, the government would provide it. This is while he specifically referred to exporters and SMEs.

Officials in the ministry said that the Group of Ministers, under Sushil Modi, set up to look into GSTN glitches will also brief the Council on the portal's functioning.

With over 33 lakh businesses filing the final GSTR-1 return, the GoM has tasked GSTN to send reminder text messages to the remaining 20 lakh businesses which are yet to submit the tax forms.

The last date for filing of final sales returns for July in GSTR-1 form is October 10, while the date for uploading of purchase returns in GSTR-2 is October 31.

The GoM in its meeting on Wednesday has asked GSTN and Infosys to brace up for handling the rush of last-minute filers.

Besides, the committee set up under Revenue Secretary Hasmukh Adhia on issues faced by exporters, is likely to submit its preliminary report to the Council tomorrow.

Based on that the Council is likely to recommend some relaxation for exporters so that their working capital which is locked up in refunds is released, officials said.

Also, the apex indirect tax body CBEC will inform the Council that it is ready to release Integrated GST (IGST) refunds to exporters from October 10.

In a meeting with the Revenue Secretary last month, exporters had said that an estimated Rs 65,000 crore is locked up in GST refunds.

Also officials said that easy compliance for exporters, like quarterly filing of returns instead of monthly filing, is likely to be discussed by the Council.

The government has already allowed exporters to furnish Letter of Undertaking (LUT) instead of bonds at the time of exports, which will ease the compliance burden and stop locking up of capital.

GST Council meet tomorrow; exporters may get some relief

RBI on GST:Adverse impact on mfg, may delay investment revival