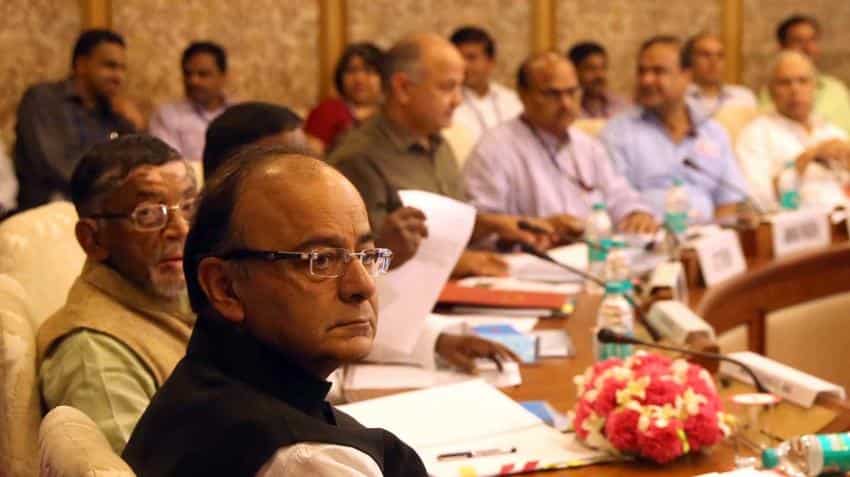 Moving on fast track to meet the April 2017 GST rollout deadline, the tax department on Monday came out with draft rules relating to registration, invoice and payment which will be finalised by the GST Council on Friday.

"We intend to have these rules approved by the GST council in its meeting on September 30 so that business systems can be modified by all," Revenue Secretary Dr Hasmukh Adhia tweeted.

3/3 We intend to have these rules approved by GST council in its meeting on 30th September. So that business systems can be modified by all.

The draft rules, on which the Central Board of Excise and Customs (CBEC) has invited comments by Wednesday, come less than a week after the first meeting of the GST Council.

"Business community may view them and give quick comments, if any, by 28th night on gst-cbec@gov.In," Adhia said.

2/3 Business community may view them and give quick comments, if any, by 28th night on gst-cbec@gov.in

The draft rules provide for online registration by residents within three days of submission of application.

The non-residents, who will come under the purview of GST, will be required to electronically submit the application for registration at least five days prior to the commencement of business and deposit full tax liability in advance.

The government aims to implement the new indirect tax regime Goods and Services Tax (GST) from April 1, 2017, and to that effect the GST Council will hold its second meeting on September 30. The meeting would finalise rules for GST.

The draft rules also provide that if a tax official fails to take action on registration application within a stipulated time-frame, the application for grant of registration shall be deemed to have been approved.

As per the draft norms, the applicant seeking registration will have to submit permanent account number (PAN), mobile number, email address on the common portal or through a facilitation centre.

The tax authorities will use PAN, one time password and Aadhaar number to verify the details of the applicant.

In case all documents are in order, the tax official will approve GST registration in three working days from the date of submission of application.

If there are defects in the GST registration application, the applicant has to be intimated within three working days and after receiving clarification, he will be granted registration within seven days from the date for receiving of reply.

There will also be a provision for grant of separate registration for business verticals of the same organisation.

In all, the Central Board of Excise and Customs (CBEC) has come out with 17 rules and 26 forms for registration, five rules and one form for invoice and four rules and seven forms for payment.

Invoice rules prima facie prescribed that number of details should be mentioned in an invoice for example, description of goods, HSN code of each good supplied, quantity of goods, rate (per item), discount offered, freight, amount of tax (under reverse charge), electronic reference number, etc.

These rules also prescribe that transporter need not carry any invoice if supplier provides invoice reference number to transporter.

Divyesh Lapsiwala, Tax Partner, EY India said some of the provisions such as electronic authentication for registrations, special application for non-resident dealers, and self-updation of non-core details without needing an approval are positive changes.

"Further, it appears that e-commerce companies may end up with multiple registrations due to TCS provisions," he said.