The industry insiders say Arun Jaitley-led GST council has taken a smart move as any reduction in taxes were not possible during election code of conduct. 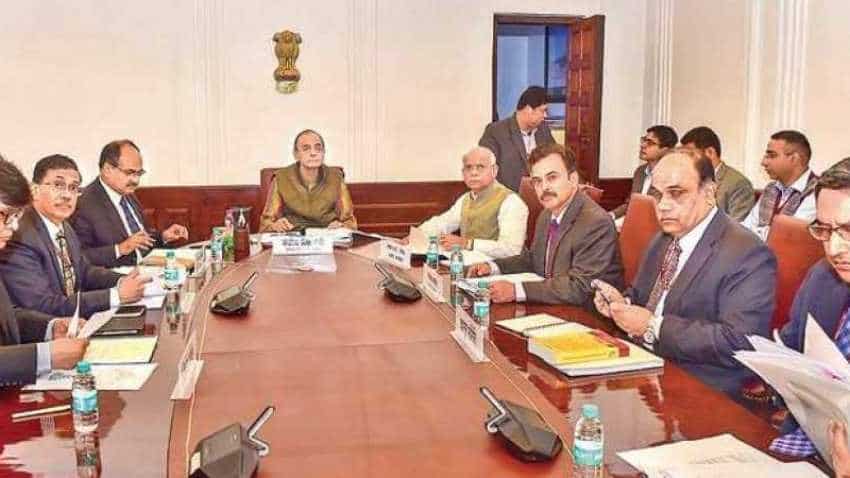 All new buildings and projects where work begins from April 1 will have to adhere to these new rates announced by the GST Council. Photo: PTI
Written By: Asit Manohar
RELATED NEWS

GST Council Meet Outcome: The real estate developers have hailed the Finance Minister Arun Jaitley led GST Council decision to addresses the transition issues on Input Tax credit for the ongoing projects with making it flexible for the developers to choose between the old GST or New GST schemes. The industry insiders said that the government has taken a smart move as any reduction in taxes were not possible during election code of conduct. They also added that as for the buyers, today’s announcement will not really impact them much because they will continue to expect lower GST rates.

Speaking on the GST Council's meet announcement Anuj Puri, Chairman – ANAROCK Property Consultants told Zee Business online, "The new GST-related announcement has given real estate developers the choice to either opt for the old rates and the accompanying input tax credit (ITC) benefits, or else to adhere to the new reduced GST rate of 5 per cent without ITC. While not exactly ground-breaking, it is indeed an intelligent move by smart play by the incumbent Government. With this decision, it has carefully side-stepped conflict with both builders and buyers."

Elaborating upon the impact of this decision on the home buyers and election code of conduct compliance on the Modi government Rakesh Yadav, CMD, Antriksh India Group said, "As for the buyers, today’s announcement will not really impact them much because they will continue to expect lower GST rates. Today’s announcement is probably no more or less than what could be expected from the Government. The Election Commission’s model code of conduct is in force, and reducing taxes at this point could have been interpreted as a move to woo voters."

Reacting to the GST Council's announcement on the transitional plan, Dr Niranjan Hiranandani, National President, NAREDCO said, “The GST council's decision will allow the developers to opt between two GST schemes available i.e old GST rate with ITC or apply a reduced rate of GST without ITC for the under-construction projects in order to avoid operational hassles. Real Estate Developers who choose the new GST rates will have to proportionately reverse their input credit. The GST Council has also mentioned that real estate developers will need to purchase 80 percent of goods and services from GST-registered vendors even without input tax credit benefit."

Dr Hiranandani of NAREDCO further added that the developers can choose to have old and new GST rates for different buildings in the same project. "The new rate, applicable with effect from 01 April 2019 is 5 per cent without tax credit or for Affordable Housing, 1 percent without the input tax credit. All new buildings and projects where work begins from April 1 will have to adhere to these new rates. The reduced rate of GST will surely enhance the customer’s confidence and develop a positive scenario to further garner momentum in sales,” said Dr Niranjan Hiranandani.

Most developers reacted to last month’s announcement of the new GST rate minus ITC with trepidation. There was justifiable worry about what would happen to the input stock which they have accumulated much before as part of their long-term purchases. For them, this new move will be beneficial. However, developers choosing to go with the second option of new GST rates may not be able to hike property prices in the immediate future. The possibility of prices being hiked was a matter of concern for aspiring buyers, but the fact is that developers can ill afford to test the currently fragile market sentiment by raising rates immediately.