GST Council Meet on June 20: Finance Ministry may propose this to tighten noose around tax evasion

The council may take a final decision on the turnover threshold for issuance of e-invoice for B2B sales after consultation with states. 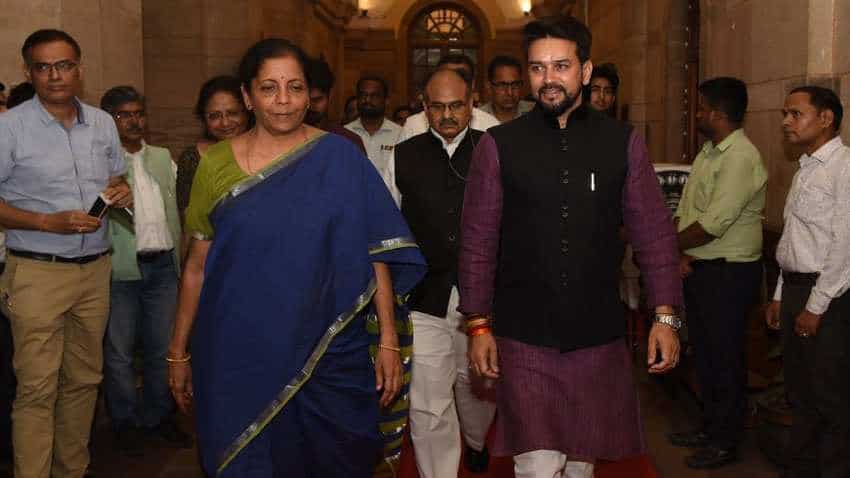 The GST Council is scheduled to meet on June 20.

The GST Council is scheduled to meet on June 20. The council may take a final decision on the turnover threshold for issuance of e-invoice for B2B sales after consultation with states. Moreover, it is also expected that the finance ministry is likely to propose Rs 50 crore as the turnover threshold for entities to generate e-invoice on a centralised government portal for business-to-business (B2B) sales as it looks to curb GST evasion.

What does the analysis of return filing show?

Analysis of return filing shows that as many as 68,041 businesses have reported a turnover of over Rs 50 crore and accounted for 66.6 per cent of total GST paid in 2017-18. Further, while these businesses account for just 1.02 per cent of GST payers, they make up almost 30 per cent of the B2B invoices generated in the system.

With e-invoice generation, entities with turnover above Rs 50 crore would be saved from the twin activities of filing returns and uploading invoices. From the government's side, this would help in curbing invoice misuse and tax evasion.

The official further said that under the current system, there is a gap between the time of generation invoices and filing of sales returns.

The number of entities filing monthly summary sales return GSTR-3B and paying GST is higher than those filing outward supply return GSTR-1, in which invoice-wise details have to be filed. Analysis suggests the gap could be either because of genuine difficulty in uploading invoices or with the intention of misusing Input Tax Credit (ITC), the official said.

The ministry is planning to roll out the e-invoice system by September.

The official further said that data analysis shows that as many as 3.9 crore B2B invoices worth above Rs 50,000 are generated every month, which works out to be 12 lakh per day.

The number increases to about 1 crore per day if all B2B invoices generated irrespective of amount are taken into account.

The official said 1 crore invoice generation per day can be handled by GSTN/NIC as this would be similar to the number of e-way bills currently being generated on the portal.

The ministry feels that e-invoice would increase ease of doing business if it becomes part of using business process and there is no need for additional reporting, the official said.

AMRG & Associates Partner Rajat Mohan said, "Government must develop a risk profile of all the taxpayers and it can be easily figured out that big corporates are rarely involved in activities of tax avoidance, thereby anti-tax evasion measures should be eyed at tier-II and tier-III taxpayers in a phased manner."