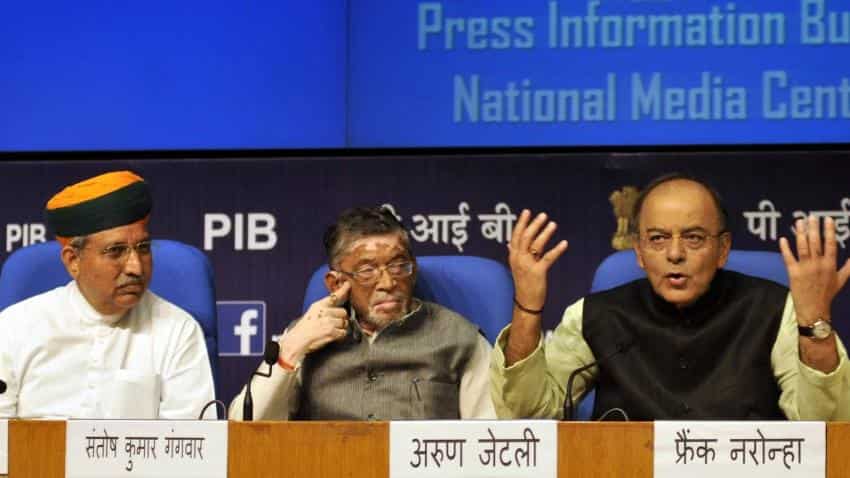 In its 16th Goods and Service Tax (GST) Council meet the members are expected to review the rates along with amending the draft GST rules.

“Main agenda items of the 16th GST Council Meeting include confirmation of the minutes of the 15th GST Council meeting held on 3rd June, 2017, approval of amendments to draft GST Rules and Rate Adjustment, if any, based on the representations received from different trade and industry and their associations,” Ministry of Finance said in a statement on Friday.

Amidst excessive lobbying by industry bodies the government is likely to review the tax rates on certain goods that may fall more expensive post the levy of GST.

These are the arguments used by some of the industry sectors which the government may review in the GST meet tomorrow.

A pack of Parle-G biscuits would be taxed at 18% with all others in its category would increase the cost of the product by nearly 2-3% post July.

Currently the glucose biscuits cost below Rs 100 for a kilogram with an effective tax rate of 9-10%. While premium biscuits of those that cost above Rs 100 per kg currently are taxed at 16-17%.

GST Council on June 3 decided that the tax on footwear below Rs 500 would be 5% while above that price slab would attract a tax of 18%.  However the dual taxation rate on the product was opposed by footwear manufacturers who said it would hinder growth of the industry.

Also Read: Will investing in physical gold post GST be a good option?

Along with footwear, textiles are another category of goods taxed at two separate tax rates for lower and higher costing products. GST Council has decided to impose an 18% tax on manmade fibre whereas cotton textiles would attract 5% GST.

The automobile industry is another which spoke out against a higher tax rate post GST implementation. GST rates for hybrid vehicles will attract the highest tax rate of 28% plus an additional 15% cess. This the industry said would be more compelling than the current tax rate of 30%.

Also Read: Car sales rise by nearly 5% in May; marginal impact in June sale due to GST

Other sectors like telecom operators also are seeking a review of the rates on its services which will be taxed at 18% post July, up from the current 15% effective tax rate.

Cellular Operators Association of India (COAI) wrote to the Finance Ministry last week to emphasise the prevailing ‘poor financial health’ of the industry on the back of heavy debt burden and price wars.

Hotel associations have asked central and state government officials to rollback the 28% tax rate on the sector where tariffs top Rs 5,000.