The rocket GSLV-Mk III was supposed to lift off at 2.51 am on Monday with India`s second moon mission spacecraft Chandrayaan-2. 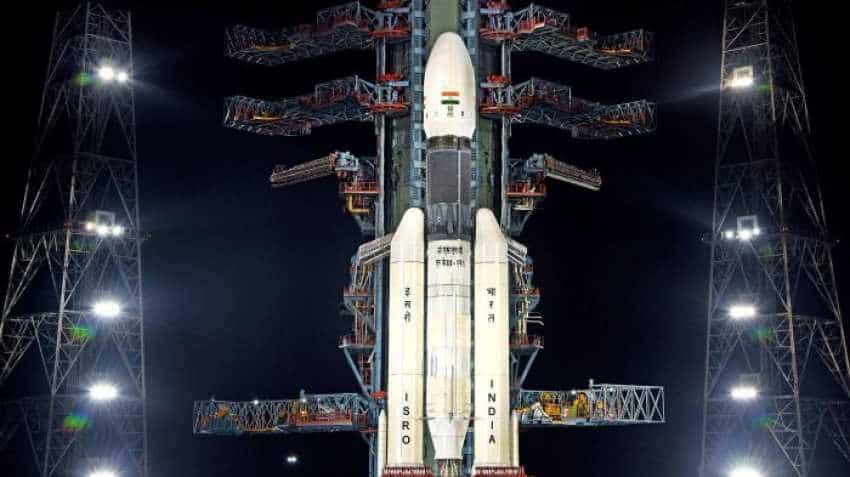 In 2006, the GSLV-F02 (different variant of GSLV) went out of control less than a minute after lift-off and had to be destroyed in air after it started breaking up. Image source: ISRO
Written By: ZeeBiz WebTeam
Edited By: Arun Kumar Chaubey
RELATED NEWS

Even as there is no official word about the status of rocket GSLV-Mk III, Indian space agency has rectified the fault in the Geosynchronous Satellite Launch Vehicle-Mark III (GSLV-Mk III), whose Monday flight with Chandrayaan-2 spacecraft was called off one hour before its lift off, said an IANS report. Notably, the flight was called off due to a technical snag, but officials of Indian Space Research Organisation (ISRO) have reportedly stated that the glitch has been rectified.

Preferring anonymity, an official told IANS "Couple of dates are being looked at for the rocket`s launch. It could be between July 20-23." The lift-off officials detected a snag and called off the mission just an hour before the take off.

The rocket GSLV-Mk III was supposed to lift off at 2.51 am on Monday with India`s second moon mission spacecraft Chandrayaan-2.

Meanwhile, ISRO tweeted as "A technical snag was observed in launch vehicle system at 1 hour before the launch. As a measure of abundant precaution, #Chandrayaan2 launch has been called off for today. Revised launch date will be announced later." It, however, didn`t elaborate further.

According to the retired officials of Indian Space Research Organisation (ISRO), there should be proper pressure in the liquid fuel tanks so that there is continuous flow of fuel to the combustion chamber. He told IANS, "While the fuel is fed into the combustion chamber from the bottom, helium gas is filled from the top. It seems sufficient pressure was not being built up and hence the launch was called off."

In 2006, the GSLV-F02 (different variant of GSLV) went out of control less than a minute after lift-off and had to be destroyed in air after it started breaking up. The reason for the failure, an expert committee in its failure analysis report had stated, was that a propellant regulator in one of the four strap-on liquid motors had much higher discharge coefficient in its closed condition.

At that time ISRO had ruled out any sabotage theories stating the quality checks and inspections has been strengthened.