Revenue Secretary Tarun Bajaj has said that government's disinvestment agenda is on the right track and BPCL, SCI and BEML have received good response. 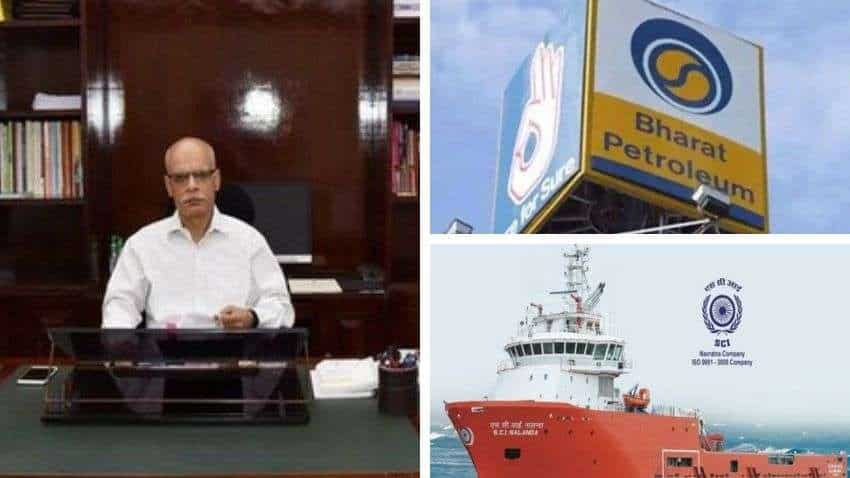 Revenue Secretary Tarun Bajaj on Wednesday August 11, said that government's disinvestment agenda is on the right track and government companies will remain only in 4 strategic sectors.

The Revenue Secretary said that Bharat Petroleum Corporation Ltd (BPCL), Shipping Corporation of India (SCI) and BEML have received good response. While talking on the high tax rates on automobile sector he said it is a matter of concern.

The government is expecting a "very, very robust" tax revenue in the current fiscal on the back of better-than-expected corporate sector performance, he said.

Acknowledging that high GST rates are impacting the automotive sector, Bajaj said the GST Council would look at solutions to bring down rates which are very high, take out certain items from the tax-exempt category and correct the inverted duty structure, as per a report by PTI.

"When I look at the current first quarter, the results have started coming and (tax) revenues have also started coming. The first advance tax is over, the TDS date is coming and going, I see a very, very robust tax revenue that is coming."

"It is not that we have increased the taxes, or we have become more intrusive and we are coming to you asking to pay more taxes... the happy thing behind this is, perhaps the corporate sector is doing better than what we had anticipated it to. So, it is a very good thing for the economy," Bajaj said at a CII annual session, as quoted by PTI.

Net GST collection during the quarter was over Rs 1.67 lakh crore, which is 26.6 per cent of the budget estimate of Rs 6.30 lakh crore for full 2021-22 fiscal. The net GST collection includes Central GST + Integrated GST + Compensation cess.

With regard to Goods and Services Tax (GST), Bajaj said there are a lot of items on which tinkering of tax rates might be needed, but there is a need to first stabilise the regime.

"On tax rates, I quite agree when you talk of the automotive sector. You are talking about two-wheelers, but I would say on the four-wheelers we not only charge 28 per cent, but also charge cess which is much more and as I see it, it will continue for a few more years. All that has a negative impact on the industry. I acknowledge that, but I don't know how to solve that issue," Bajaj said, as quoted by PTI.

He further said that although GST rates have come down at macro level, there was a need to look at solutions to bring down rates which are very high.

Asking private companies to invest more, Bajaj said animal spirit is missing from the corporate sector. "I don't see private investment happening that much... for a sustained and long-term growth of the economy we want you people to come forward to invest, manufacture, start services and please tell us what is it that you require from us," he said.

He further added that, "one message that I have given to my officers here is don't look at every penny. I'm okay to lose a pound if the economy gives me 10 pounds. That is the attitude that I would say the revenue department would be working and should be working on that," as quoted by PTI.

Housing sales up 59 pc annually in Jul-Sep across 8 cities; jump over 3-fold from Jun quarter